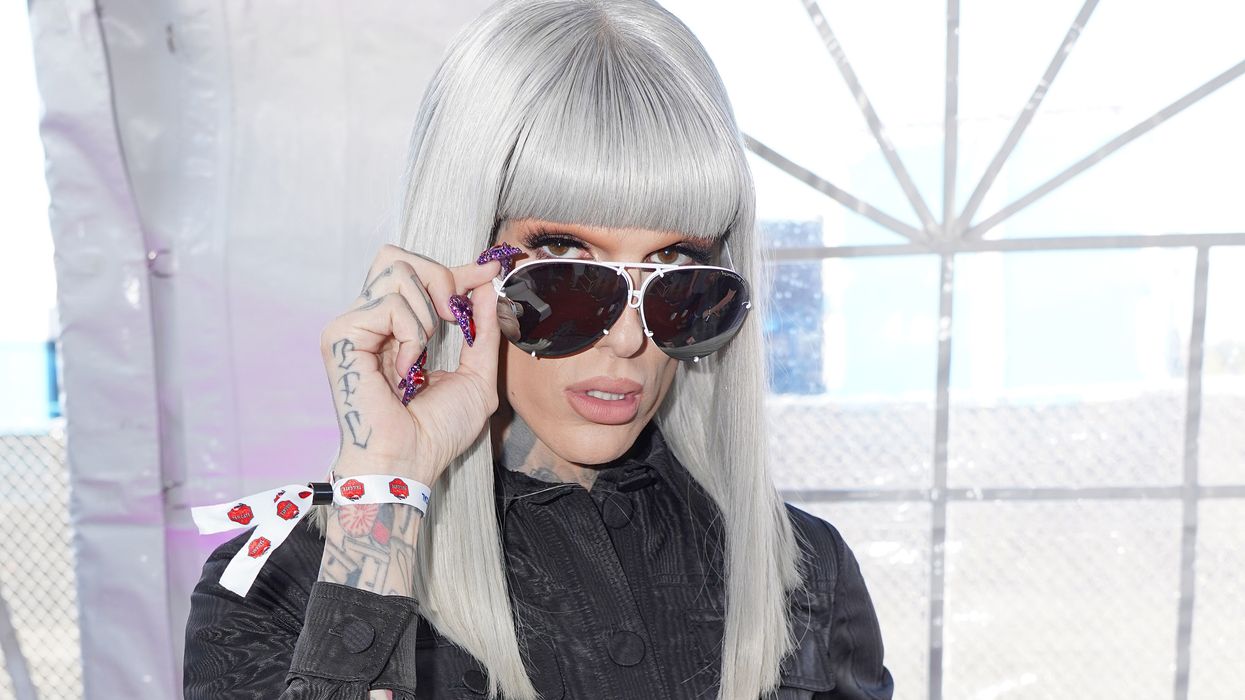 Since all the drama with Shane Dawson went down, and since people have begun calling out YouTubers for their inappropriate past behavior, influencer Jeffree Star has remained silent. But now, he’s speaking up about beauty world drama, his friendship with Shane Dawson and the accusations made against him.

In a new 10-minute video, entitled “Doing What’s Right,” he began by saying that he’s been practicing self-reflection and admits to “speaking out of anger, out of frustration.” He said, “For the first time in a really long time, I’m really reflecting on my behavior and mine alone. And I’ve come to a lot of realizations, and it’s been really important to actually understand everything that I was a part of, that I did wrong, and really start a new chapter for myself.”

“2020 has been really crazy and I have added to the chaos,” he continued. He spoke about his old video, “Never Doing This Again,” wherein he addressed his feud with James Charles. He admitted to not being able to live up to his promises from the 2019 video. This time around, he talked about “the situation” again, and officially apologized to James once and for all — without calling anyone out or even mentioning Tati Westbrook. “It’s disgusting, it’s awful and none of it should’ve happened. So, James, I am truly sorry for my actions and my behavior.”

And while Westbrook predicted that Star would release receipts for secrets he’s kept about other YouTubers, he said that he isn’t about to reveal any text threads or messages that “allegedly” exist. “I will not be entertaining it. My lawyers are entertaining it behind the scenes, but I will not be,” Star said in the video. “I know this may sound shocking coming from my mouth, but when you accept that you are the problem, you can become the solution.”

For a brief moment, he also acknowledged the larger events happening in the world right now, mentioning the deaths of and lack of justice for Breonna Taylor and Elijah McClain. He then said that these are matters much worth giving attention to. Star said, “I think drama and the beauty world — which I definitely have been a part of — It all has to stop.”

Related | Morphe Will No Longer Work With Jeffree Star

The makeup mogul later addresses his friendship with Shane Dawson, saying that he’s not cutting him out of his life or distancing himself, and that his silence was meant to support Dawson. “I know Shane from now. I don’t know Shane from 10 years ago, and he doesn’t know me from 10 years ago.” He continued, “Now do I agree with Shane’s past actions? Of course I don’t. And does he agree with my past behavior? Of course he doesn’t. I know the amazing person he is today, and you don’t abandon your friends.”

He then talked about the Jeffree Star brand, and said, “I am so fucking proud to own an inclusive makeup company.” He claimed that he’s always advocated for small businesses, and has always welcomed included people of all colors, shapes, sizes, and gender identities. “I know that a lot of people try to deter from my message, and sometime’s I’ve deterred it myself through negativity and drama, but that won’t be happening anymore” Star said, “I always stood up for what was right, and I always will.”

He ended his video thanking friends, fans and supporters, adding that this time of self-reflection has been necessary. “This has been me silent for a reason. I’ve been really, really working on myself, and I definitely was distracted.”

Watch the full video, below. 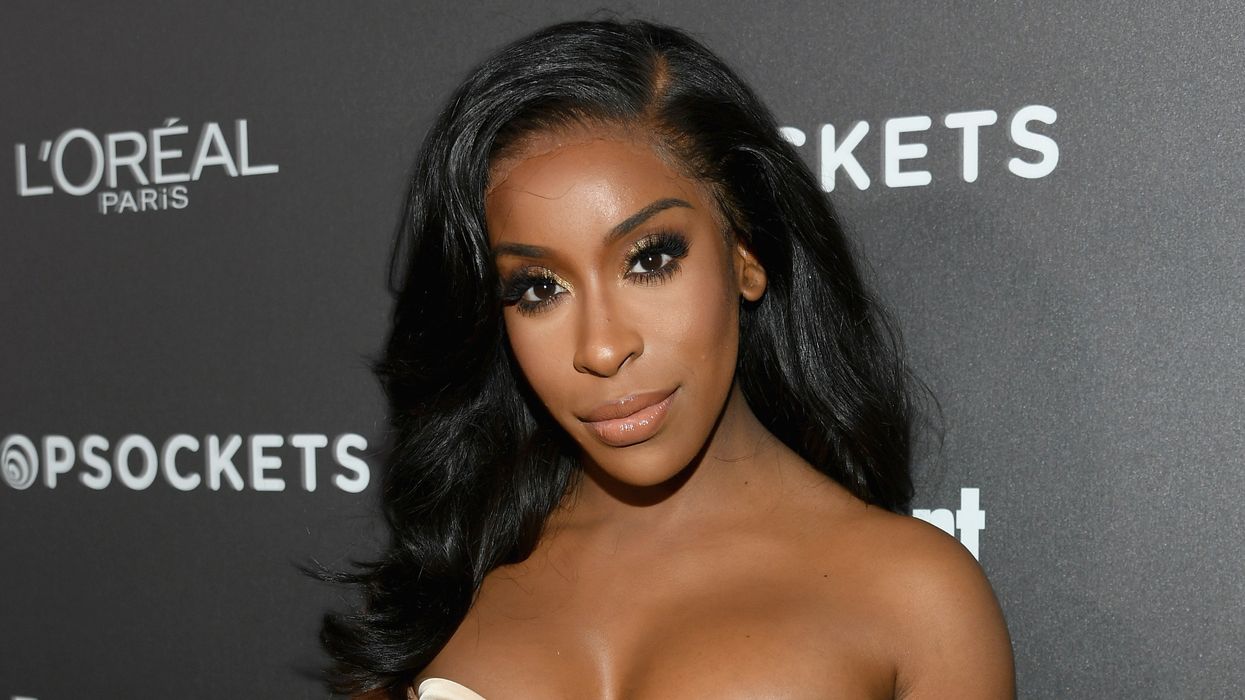 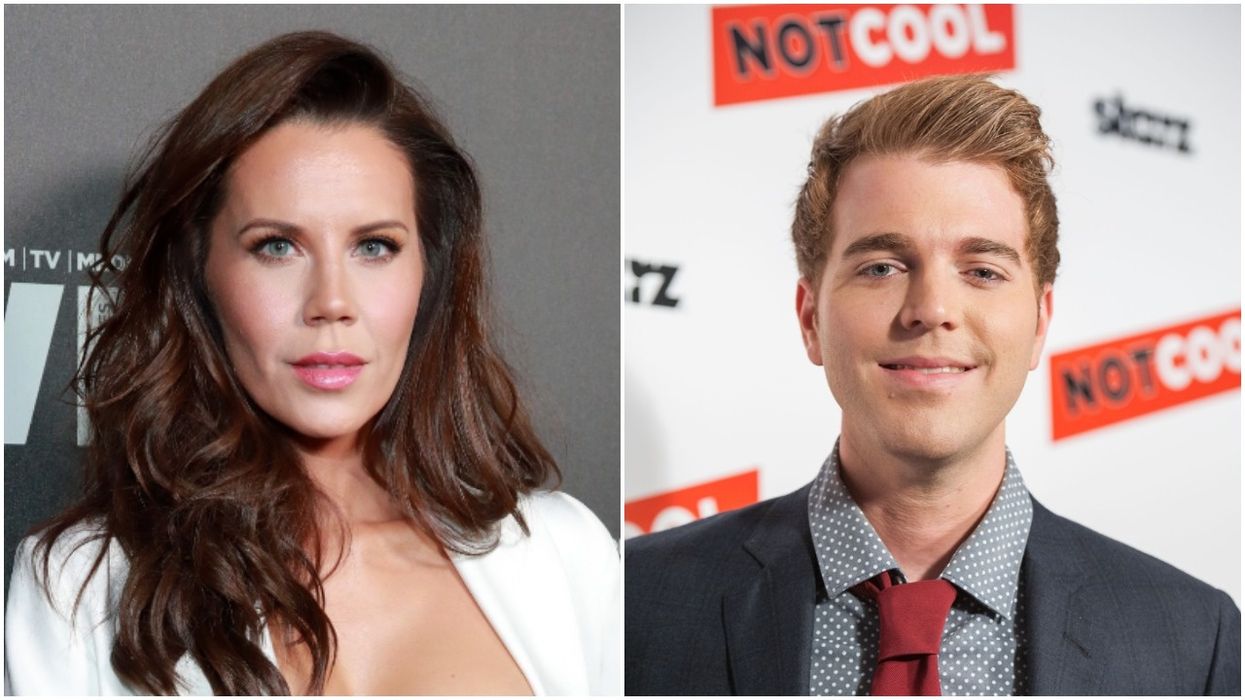 On Tuesday, the beauty YouTuber uploaded a new video blaming the duo for turning her against Charles and encouraging her to post her viral “Bye Sister” video — in which she claimed Charles had not supported her brand and insinuated that he’d made sexual advances toward straight men — from May 2019. However, Westbrook has now apologized for “[listening] to the wrong people” and buying into “all the poisonous lies that were fed to me by Shane Dawson and Jeffree Star.”

Related | Why #ShaneDawsonIsOverParty Is Trending Again

“Believing those lies and letting myself be gaslit into making that video is one of the biggest regrets of my life. The information they were giving me was terrifying. I was told there were a lot of victims that were going to come forward,” Westbrook said, later claiming that she never called Charles a “predator” or a “danger to society.”

“I did not lie in that video,” she continued, before adding, “My video was not made with any malice. I did not publicly air any of the horrific accusations that were being made behind the scenes.”

According to Westbrook, both Dawson and Star were “both bitterly jealous of James Charles’ success” and wanted him “out of the way” for the launch of their Conspiracy Collection. She also said that the duo pushed her into making the video during a time when her “guard was down” due to her own personal issues with Charles over his sponsorship of a competitor’s product.

As for why she waited until now to say anything, Westbrook said that she was “terrified” of social media and “the people that used, coerced and manipulated me into uploading my video in May of last year.”

“Every day I’ve struggled quietly trying to rebuild my now poisoned reputation,” she said. “The heartbreak that was born from the scandal still lingers, and I feel it won’t ever have the opportunity to completely heal until I uncover the truth from all parties involved and their motivation of it all.”

Westbrook then explained that while she and Charles reconciled in December after comparing notes, they “agreed to wait patiently until it was safe for me to share my story.” She also apologized to YouTuber Jackie Aina for not defending her after Star was called out for past racist transgressions.

Not only that, but elsewhere in the video, Westbrook went on to allege that Star is a co-owner of Morphe and that she believes he has the power to “blackmail” others in the beauty industry.

As such, Westbrook said that she is taking “serious security precautions” against potential information leaks and, because of that, she would not be sharing any evidence right now, per her attorneys’ advice.

Following Westbrook’s latest video, Dawson hit back at her claims in a since-deleted tweet and an Instagram Live, in which he called her video “insane” before accusing her of being “manipulative” and “fake crying.”

Additionally, Dawson’s fiancé Ryland Adams took to his own Twitter to dub Westbrook’s video “a master class in manipulation.”

“The only was [sic] to save her reputation was to side with the person she tried to ruin,” Adams wrote. “Make no mistake. This 40 year old woman choose to post a video on her own accord.”

Tati Westbrook – a master class in   manipulation. The only was to save her reputation was to side with the person she tried to ruin. Make no mistake. This 40 year old woman choose to post a video on her own accord. She riled up Shane before doing so to have one of the biggest

Star has yet to respond to Westbrook’s video. In the meantime, watch the entire thing for yourself, below. 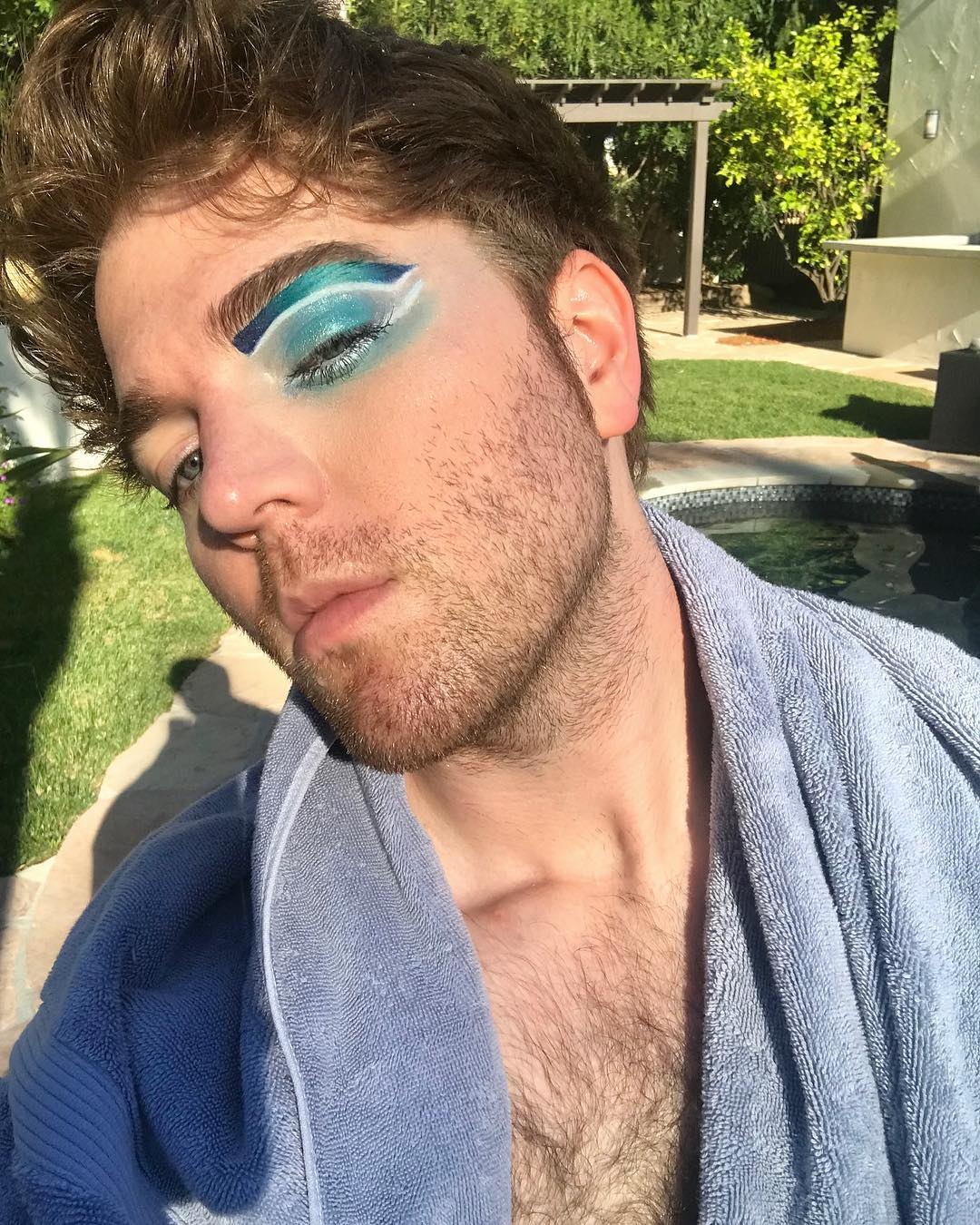 Following a makeup collaboration with Jeffree Star, a month has passed since YouTube star Shane Dawson last uploaded a video on his channel. Today, Dawson revealed that all along, he’s been planning a “secret” YouTube channel, according to Insider.

Related | From How-Tos to Hauls: 10 Years of Beauty YouTube

The secret came out when a Twitter user asked if he was ever going to upload another makeup video. Another criticized him for not showing his own beauty looks from his sold-out Conspiracy Collection made with Star, which is partially inspired by his conspiracy-theory centered docuseries. (The collection was the most viral beauty product of 2019, by the way.) Dawson posted a screenshot of the new account, which is called “Shane Glossin.”

He also responded to tweets asking about his online absence, writing, “I play with makeup almost daily. I just don’t post about it because I’m not in the mood to post. After a series I tend to gain weight, spiral, and hibernate for a couple months.”

So far, Dawson’s exclusive beauty channel has a profile picture of him “caked up” with Jeffree Star, and a non-makeup test video of himself being pushed down a snowy hill on a sled. The about section reads, “You can put lipstick on a pig but it’s still a pig.”

Since being revealed this morning, Shane Glossin has garnered 13,000 subscribers and counting. Subscribe here.