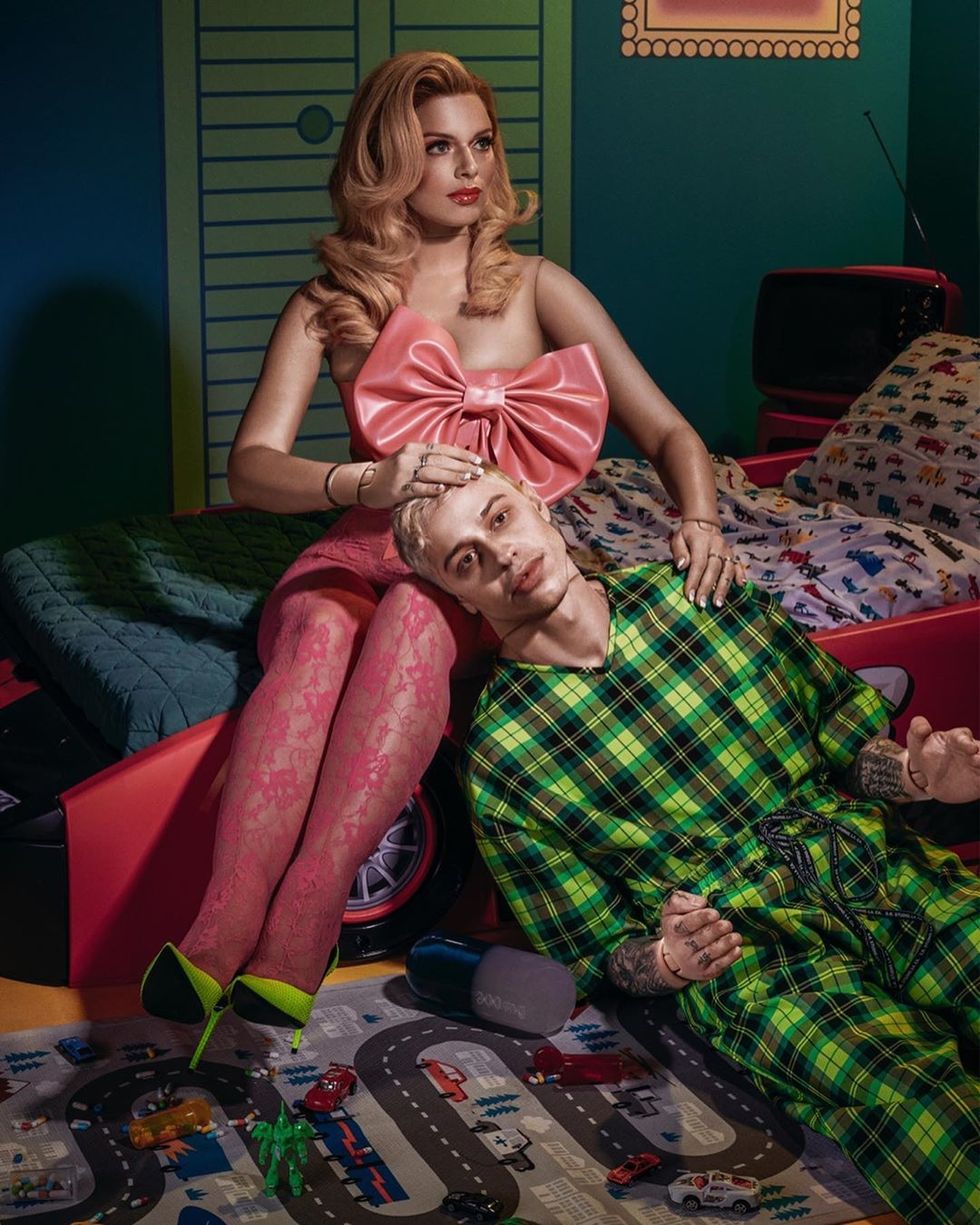 Pete Davidson went dark on Instagram in a few months after he and Ariana Grande broke off their engagement in 2018, seemingly in the midst of a mental health crisis. “I really don’t want to be on this earth anymore,” he wrote, inciting mass panic among his fans and leading everyone from the NYPD to Ari, who went straight to 30 Rock, to his best friend Machine Gun Kelly, to check in on him. The comedian briefly returned to social media last spring for a few months to promote his tour with John Mulaney before wiping his feed again.

The once very online celebrity is now officially back online. He made his first post on his (wiped) feed in a year to promote his new autobiographical film, directed by Judd Apatow, The King of Staten Island, due June 12. “WELCOME BACK,” wrote one fan. Another rejoiced: “The king is back!”

Davidson, who’s been vocal about struggling with anxiety, depression and borderline personality disorder, seems to be doing better lately. He covered PAPER’s latest Break the Internet issue, dropped a Netflix special in February, and lately been a regular contributor on virtual SNL. After splitting from Grande, he dated Kate Beckinsale, Margaret Qualley, then Kaia Gerber. He’s currently taking a break from romance to “focus on mental health,” he reportedly told Charlamagne Tha God after finishing up a period in rehab. Now, he’s diving into all his adolescent trauma in The King of Long Island, which focuses on his relationship with his mother and father, a firefighter who died during 9/11.

The actor had a memorable Insta presence back in the day, so here’s hoping Pete’s return to the gram is a nice time for everyone.