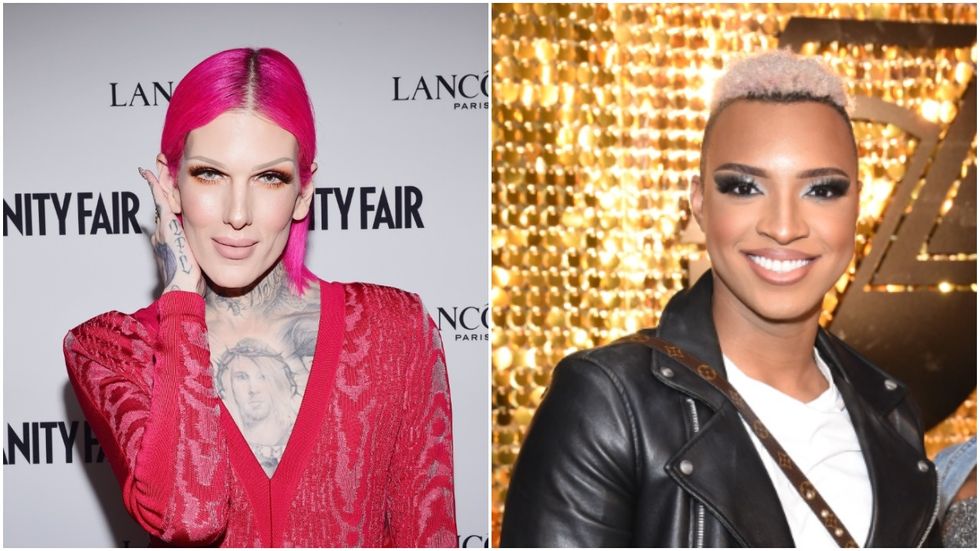 Beauty influencer Kameron Lester is opening up about he felt tokenized and silenced while working with Jeffree Star.

Last week, Lester took to his Instagram Live to detail why he would no longer support Star or his makeup brand. Beginning by telling the story about their relationship, Lester explained that while he once modeled for Jeffree Star Cosmetics, he felt tokenized and like Star’s promises to support his career never came to fruition.

“I was uncomfortable, there’s people around me, and he was so blunt – just out of nowhere asked me ‘do you like James?'” Lester recalled, also mentioning that this occurred a few months before Charles’s highly publicized feud with Tati Westbrook. “James helped me with my career when I first got into the beauty space and tell my HIV story – like, he’s been very supportive of me.”

However, after Lester said he didn’t have a problem with Charles, Star allegedly responded by saying, “‘Well, you don’t fucking owe him forever.'” Lester then felt even more uncomfortable the next day after he witnessed Shane Dawson — who was working on Star’s online documentary series — “cursing” about Charles via a FaceTime call with Star.

“I remember Shane Dawson called and he was going off about James Charles and… Just like cursing James out. And I was just kind of taken back, because I’ve never seen Shane Dawson like that and he was just going in on James,” he said. “From there, I knew Shane Dawson wasn’t really the person he was perceived [to be] online.”

Not only that, but after the incident, Lester said that it felt as if Star and Dawson no longer wanted to work with him — something that was made all the more evident by Star casting his ex-best friend instead of him.

“I felt like he was trying to send the message in some way that I was replaceable as a Black boy,” Lester said. “I felt like this was a game. Even with Shane Dawson posting me on his platform, I was grateful. But I felt like it was kind of to silence me to be like, ‘We’re gonna keep giving you breadcrumbs and hanging you by a string and manipulating you so you can stay quiet.’ I felt always silenced.”

That said, according to Lester, he was afraid to talk about what happened for so long, saying he “fears for [his] life” and that he “was so paranoid and so scared” of Star.

That said, he said that “moving forward, I will no longer just be the token Black person.”

“I will no longer just be the Black boy that is there to make you look good or speak up for you,” he said, “Because it’s not reciprocated.”

Watch Lester’s video for yourself, below. 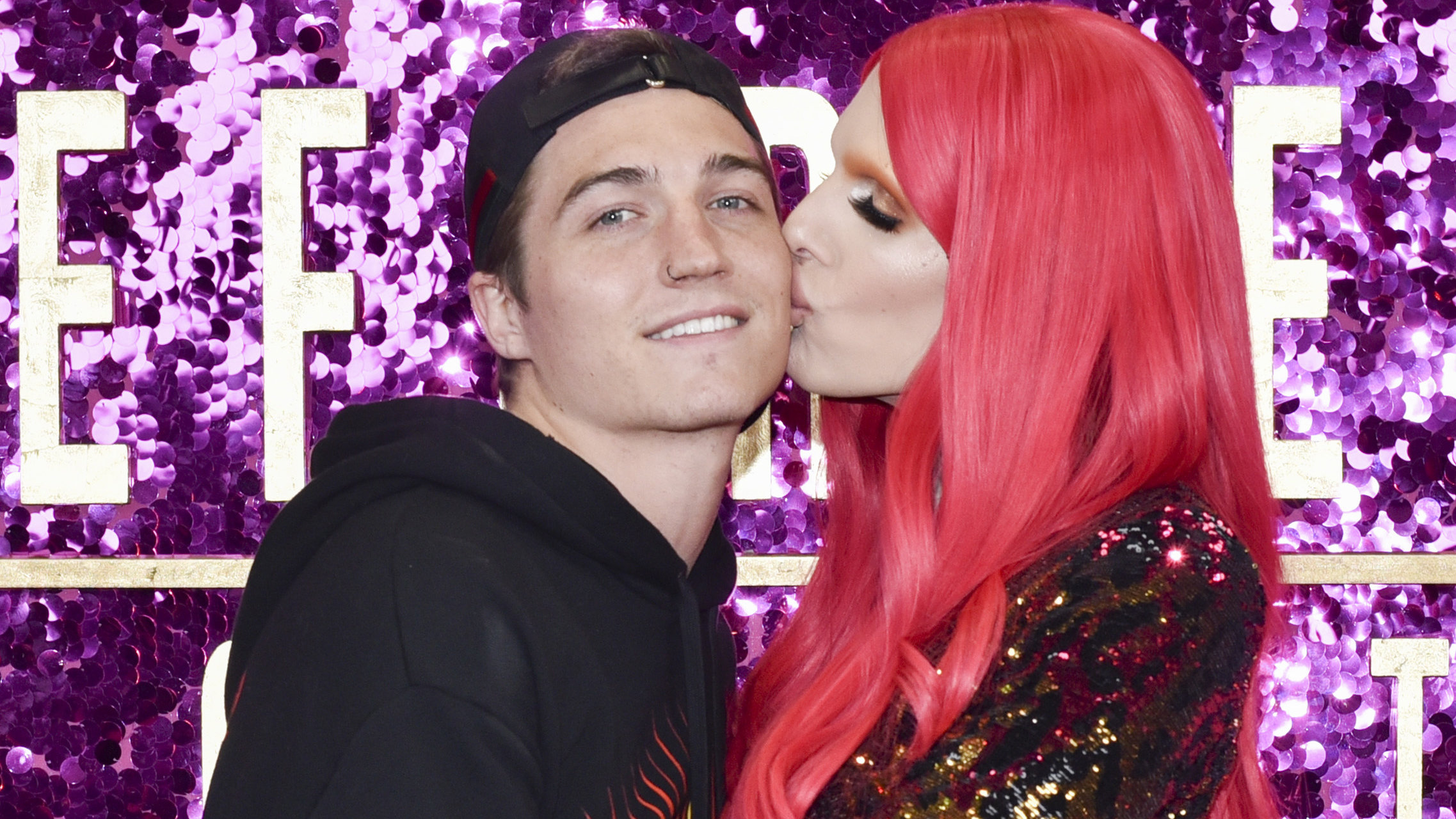 Since January, there’s been speculation that longtime lovebirds makeup mogul Jeffree Star and partner Nathan Schwandt have broken up. Most recently, the rumors began because Star cancelled his European masterclass tour days, and were further fuelled when the YouTuber removed “wifey of Nathan” in his Instagram bio. Now, Jeffree confirms that he and Schwandt are no longer together.

On Saturday, Star tweeted, “The hardest part has been waking up and he’s not laying next to me anymore.. But I’m a tough bitch and 2020 is going to be my year.” He also uploaded an emotional video entitled “We Broke Up,” in which he explains how his five-year relationship ended “a few weeks ago.” “There’s no easy way to say this,” he said. “We’re both in a state of shock. I’m devastated. I’m so sad.”

“I feel like I owe you all an explanation because Nathan and I have grown with each other in front of all of you and I can’t believe he’s not here right now. But I do want to share what’s been going on,” he continued. “I’m grateful for him, and I’ll be grateful until the day I die, because this was the only man that was ever confident enough to love me publicly, to love me for me fully, all my flaws, no makeup waking up in bed to full-on — he never cared about any of it, he just loved me for me.”

It seems that there’s still a lot of love between the two exes. So why did they break up? “We haven’t processed our dogs fully because this lifestyle is so crazy and we’re always on to the next thing,” Star said in the video. In October last year, the couple’s dog Daddy Star passed away. “We were both so busy being there for each other that we forgot to be here for ourselves, and that’s what 2020 is — focusing on ourselves.”

Another factor in their breakup, according to Star, was the online celebrity’s fame. “He never wanted to be famous, he never wanted to be in the spotlight, he never wanted attention, but he loved and believed in everything I was doing and was a part of it because I asked him to,” he explained. “My life is so public and I think it just got to a breaking point where it just wasn’t healthy.”

And given the very public nature of their relationship, there were also rumors that the pair have been faking it, and this was something that bothered Schwandt. “I have really thick skin, I can take a lot, but I think it really wears you down when you’re in love with someone and all you hear is he’s with you for the money, he’s this, he’s that,” Star said. “He met me when I had nothing and he never changed and that’s what I loved the most is he stayed true to who he was.”

The blogger concluded the breakup video, saying, “I can’t wait to get back to doing what I love and creating and Jeffree Star Cosmetics has so many amazing things to look forward to this year — I’m just so excited. Even though I’m so sad I’m ready to get back to work.”

Watch the whole 17-minute video below.