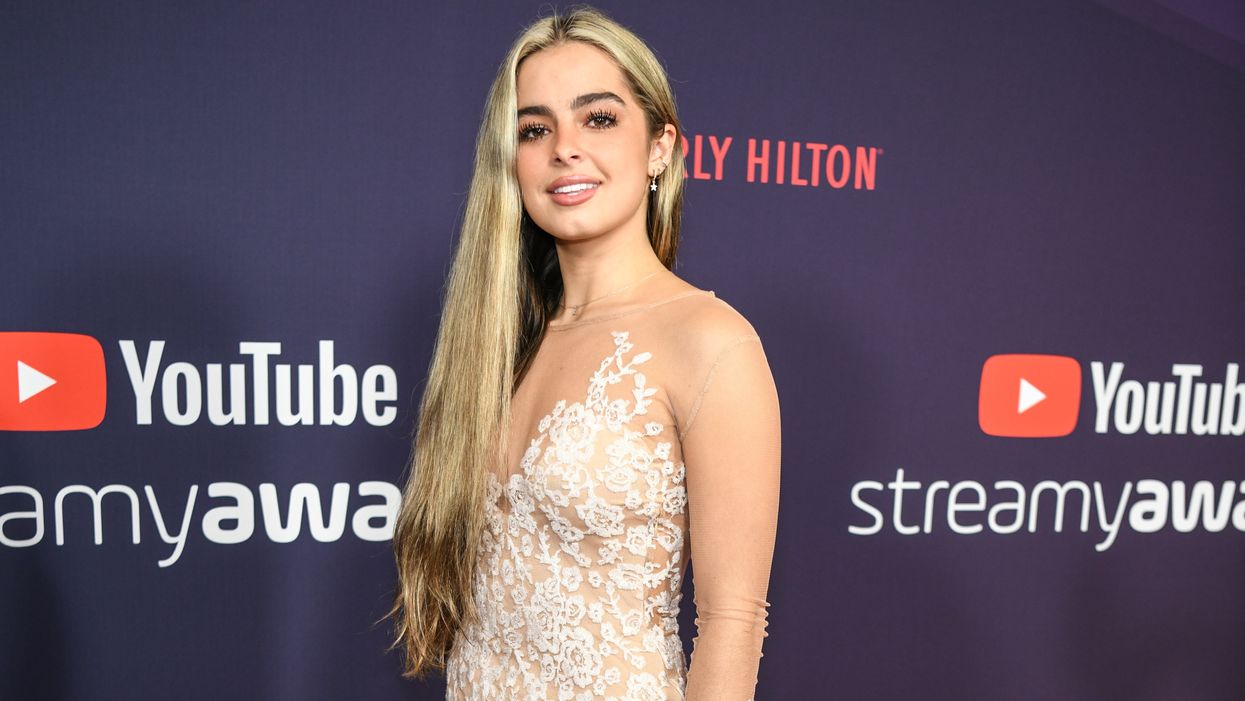 TikTok star Addison Rae has taken her talents beyond the online platform. She has her own makeup line with Item Beauty, recently starred in Kim K’s campaign as a SKIMS model, regularly hosts a podcast with her mom, and now she’s going to be starring in a movie.

Addison is going to be playing one of the lead roles in the upcoming remake of ’90s classic romantic comedy, She’s All That. But the reboot is going to have a huge twist, which is a reversal of roles for the two main characters. According to Variety, the film’s going to be titled He’s All That And instead of playing Rachel Leigh Cook’s character Laney, she’s going to take over for Freddie Prinze Jr. as a gender-swapped Zach.

The influencer is going to be playing an influencer, like herself, named Padget who’s going to transform the nerdy boy in school, and turn him into prom king. The story will be written by the same writer who wrote the original 1999 movie, and will be produced by Miramax — which is no longer owned by the Weinstein brothers.

“This reboot is a welcomed step towards a new generation of Miramax storytelling, part of our greater strategy to leverage our existing library with fresh, re-imagined content in both film and TV,” Miramax CEO Bill Block told Variety.

Addison made the exciting announcement on her Instagram. “AHHHHH!!! My dreams are coming true!!! I’m so excited to finally share the news that i am getting the opportunity to make my acting debut in HE’S ALL THAT which is a remake of one of my all time favorite movies, SHE’S ALL THAT,” she wrote.

“I’m so grateful for the opportunities that have been presented to me and none of it would have ever happened without every single one of you. I LOVE YOU ALL SO MUCH!! I can’t wait for you to see it!!!” She continued, “I can’t wait to work with this amazing team and everyone involved in making the film and am so thankful to everyone who gave me this incredible opportunity. THANK YOU!! I’m so excited for y’all to meet Padget!!!”

Just as Donald Trump announces the possible end of TikTok in the U.S., Forbes releases a new list revealing the highest-earning TikTok influencers. All of these stars earned at least $1 million not through the app itself, but building a brand through the platform, and then creating merchandise, posting sponsored content, and partnering with companies.

At the top of the list is Addison Rae Sterling, who earned about $5 million last year, thanks to her 54.1 million followers. She became the global spokesperson for American Eagle, and has been featured in a bunch of their digital and print ads, and has a weekly Spotify podcast with her mom, Sheri Nicole, called Mama Knows Best. She’s also dropping a new makeup line with Item Beauty next week.

Related | Is This the End of Tiktok as We Know It?

Following Charli on the list is her older sister Dixie, who earned about $2.9 million, who also makes cameos on Charli’s TikToks. She has 32 million followers on her own account, and has signed joint deals with Charli for brands Hollister and Morphe.

At number 4 is Loren Gray with $2.6 million, followed by Josh Richards, and Michael Le who is tied with Spencer X for the number 6 spot.