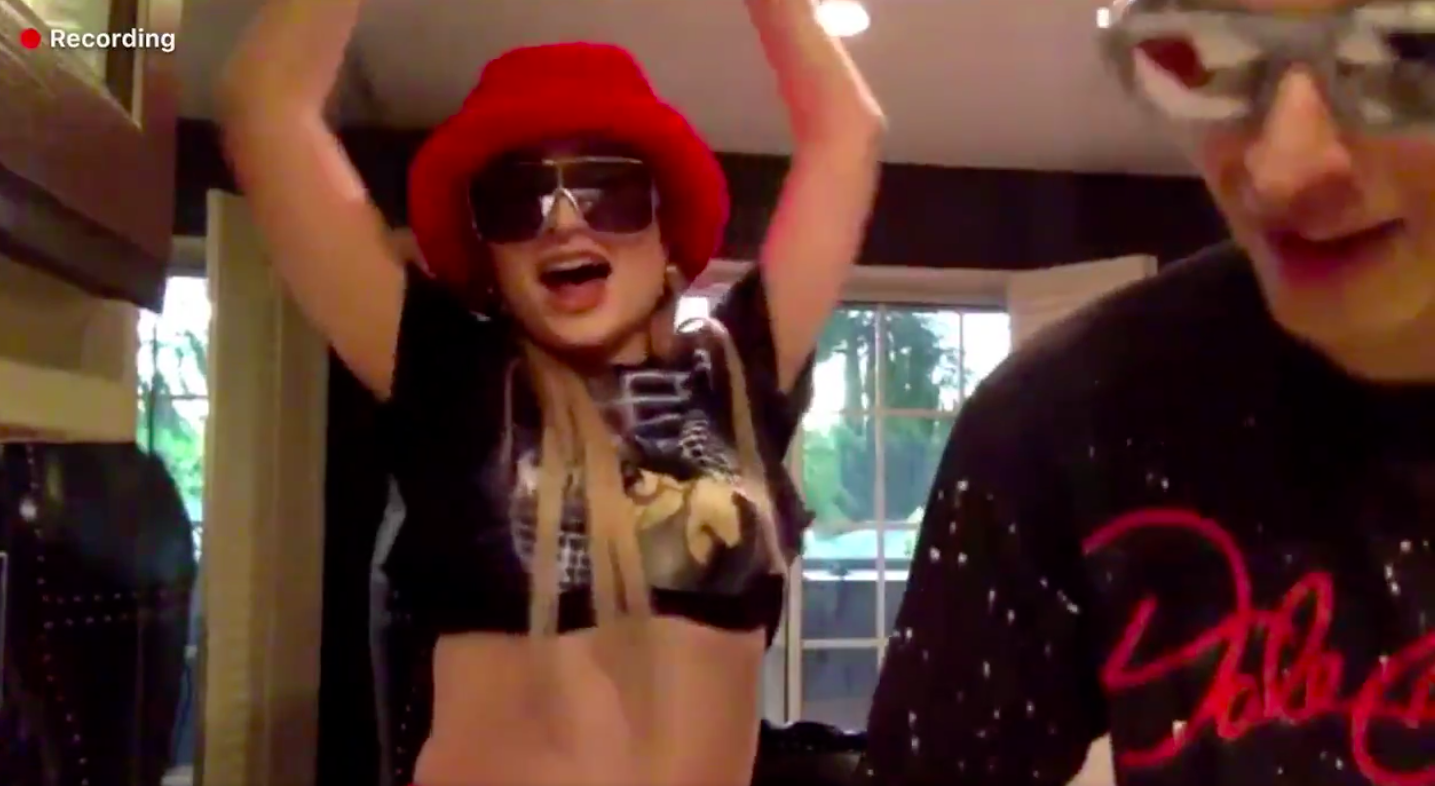 If you weren’t one of the 1000 people who made it into the Zoom video chat for PAPER’s Club Quarantine collab with special guests Tinashe and Kim Petras, you missed out majorly. Maybe you’ll make the list next time!

Club Quarantine, referred to in shorthand as Club Q, is quickly becoming the hottest club in the world. Even in an era of self-isolation under the threat of coronavirus, you can bet that people aren’t going to abandon the spaces they danced, performed, lived and loved at. We may not be together physically, but by harnessing the power of the video conferencing platform Zoom, we can come together virtually every night. That is, however, if you’re one of the first 1,000 people who can nab a joining code.

PAPER x Club Q’s Tuesday, March 31 party was truly one for the books, reaching capacity in minutes. In addition to DJ sets from Tinashe and Kim Petras with Aaron Joseph, there were sets from DJs Myst Milano and Lez Pop, and performances by Lucy Stoole and Denim Pussy. The lineup was stacked and the queue to get in became just as stacked as stans got word that one of the headliners was teasing a new song that harkened back to her dance-pop beginnings. Enter: Kim Petras’ “Malibu.”

Related | Tinashe Is Under New Management: Her Own

“…Your kisses taste like Malibu,” Petras sings in a sticky-sweet tone over a sunny, pulsating beat that had everyone itching to get back onto the dance floors of the pre-COVID clubs we’ve sorely missed. “Malibu” already holds up next to Petras’ glittering discography, sounding like a mix between a catchy jingle for the coconut-tinged rum of the same name and her anthemic “Hillside Boys.” Petras danced along with fans to the track, while Joseph mixed flawlessly between hyper-pop hits to cure clubgoers’ quarantine blues.

Earlier in the night, Tinashe opened with a bang. Starting off on ILOVEMAKONNEN and Drake’s 2014 smash, “Tuesday,” ‘Nashe welcomed attendees into the chat while wearing a onesie and drinking straight out of a humongous wine goblet. It was truly relatable, since it seemed every other Zoom chatter was also drinking the work-from-home day away — and guess what? We support it.