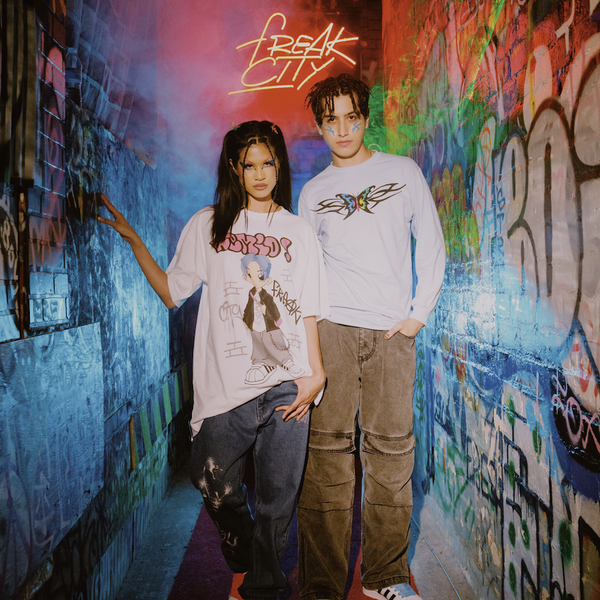 Marrying Kemio’s appreciation for high fashion with Freak City’s streetwear cache, the unisex collection leans on the late ’90s and early 2000s aesthetic with intentionally oversized clothes and playful graphic illustrations. One t-shirt features an anime caricature of Kemio with baby blue hair and another boasts a colorful butterfly design at its center, while a black hoodie shimmers with dragon motifs made from crystals. 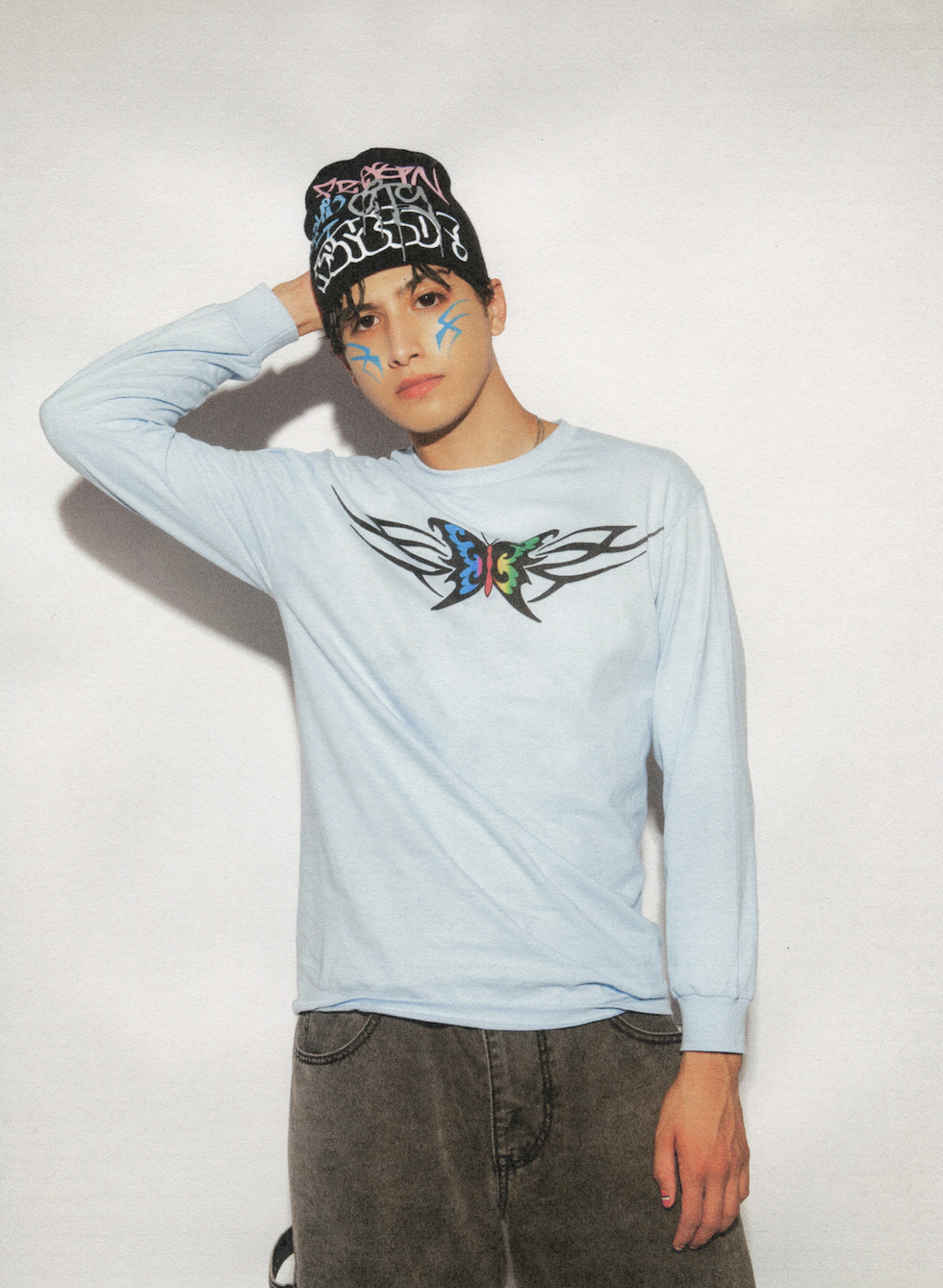 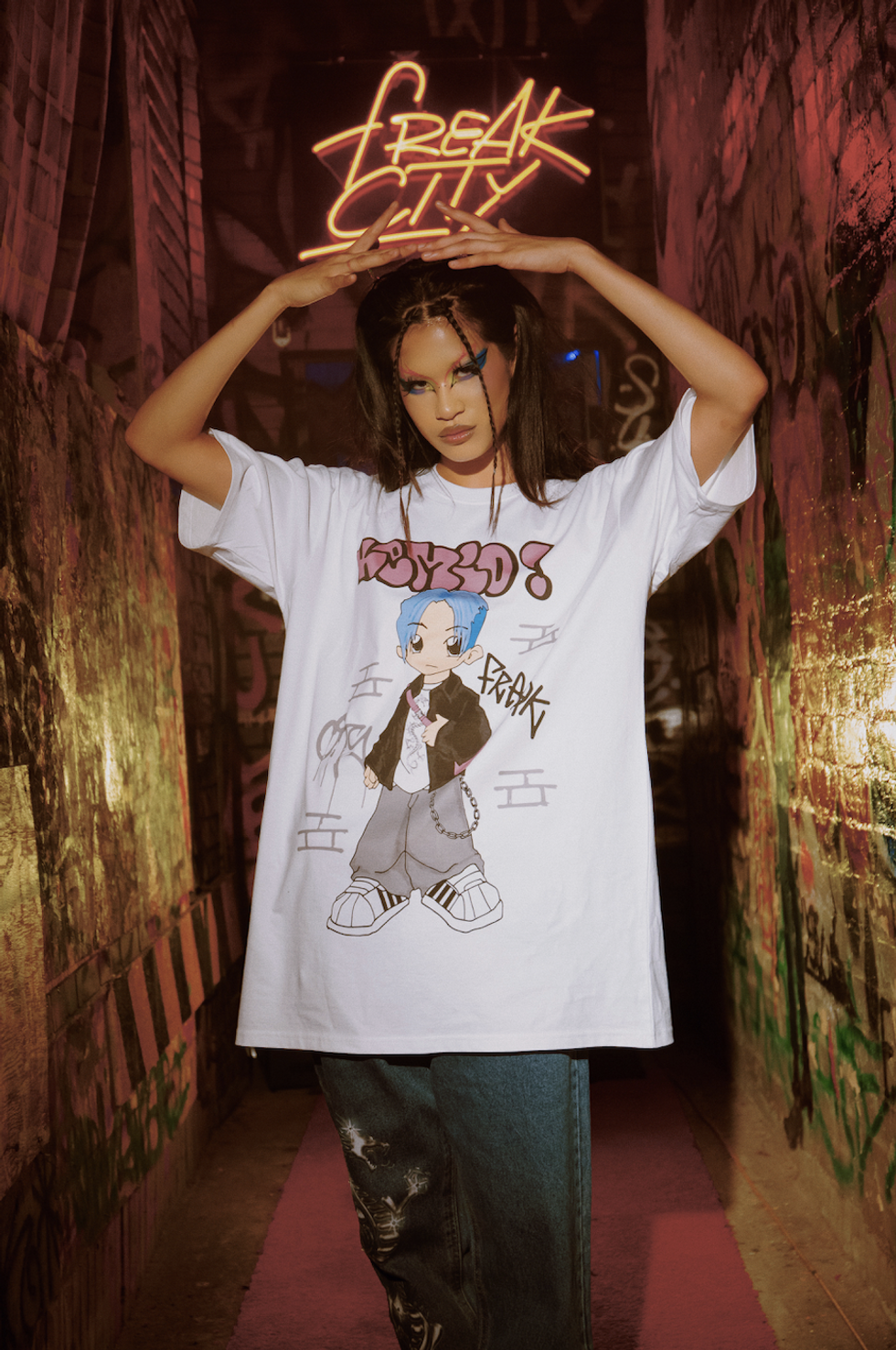 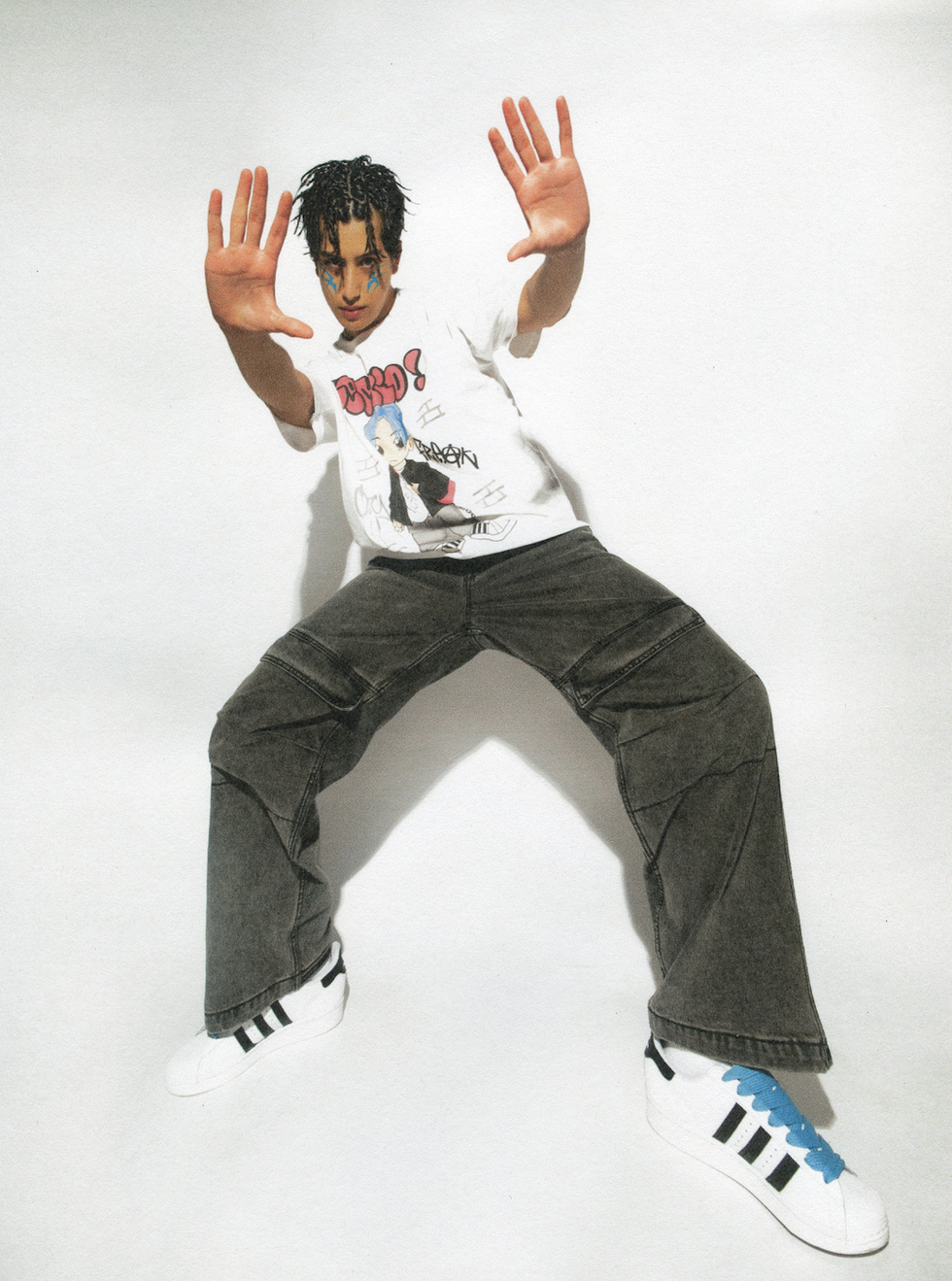 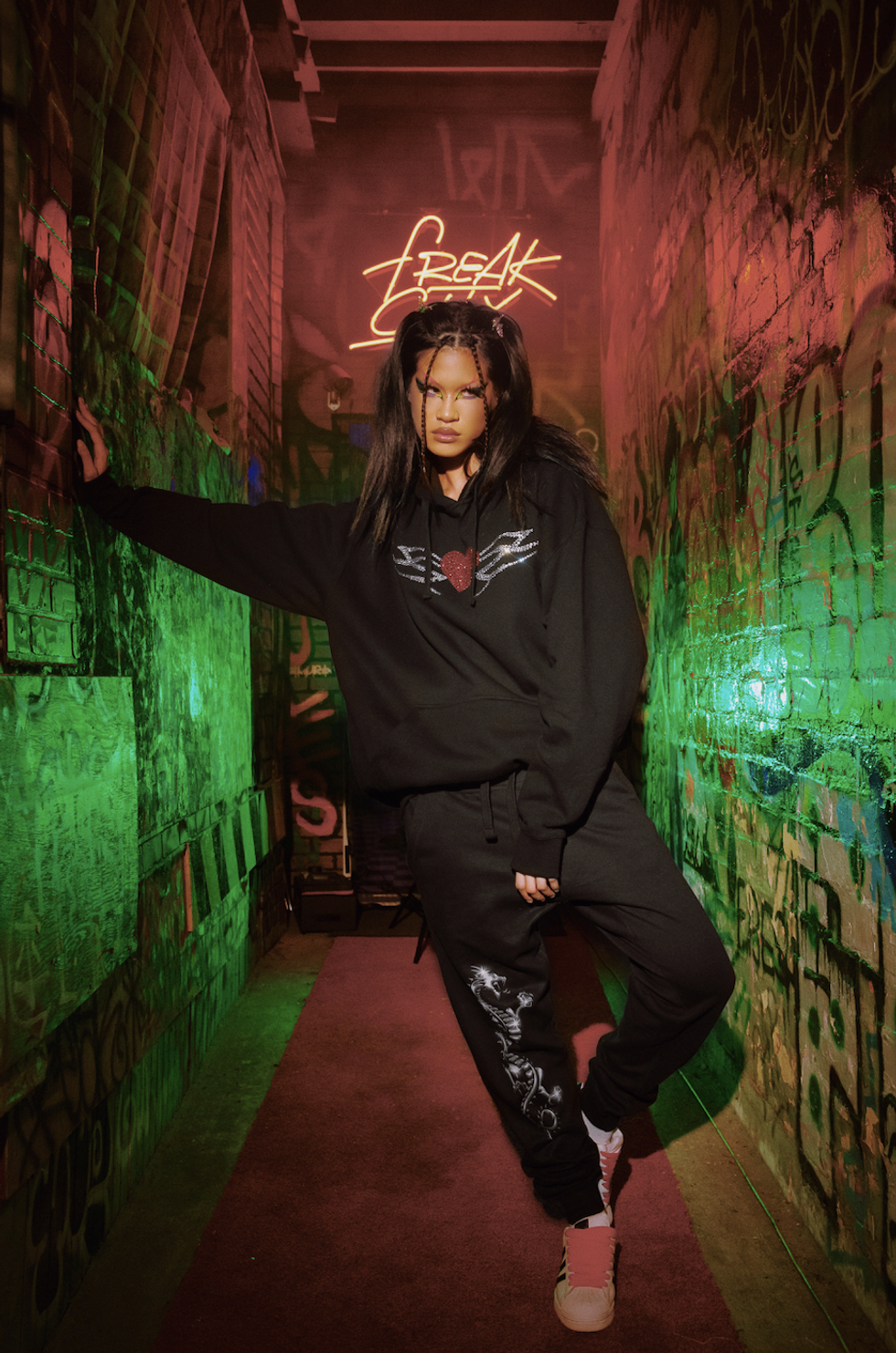 Kemio called on his close friend and model Justine Mae Biticon to pose alongside him for the collection’s campaign. Shot in Downtown LA by Creative Director Coughs, the imagery enlivens the line’s grunge aesthetic in a graffiti-covered alley with neon lights and references old-time trends through its styling components — specifically, twisted braids and butterfly-inspired makeup.

“I’m so excited to partner with Freak City on my first US Collection,” Kemio said. “I’ve always been such a big fan of their clothing and hope that my fans will love these pieces as much as I do.”