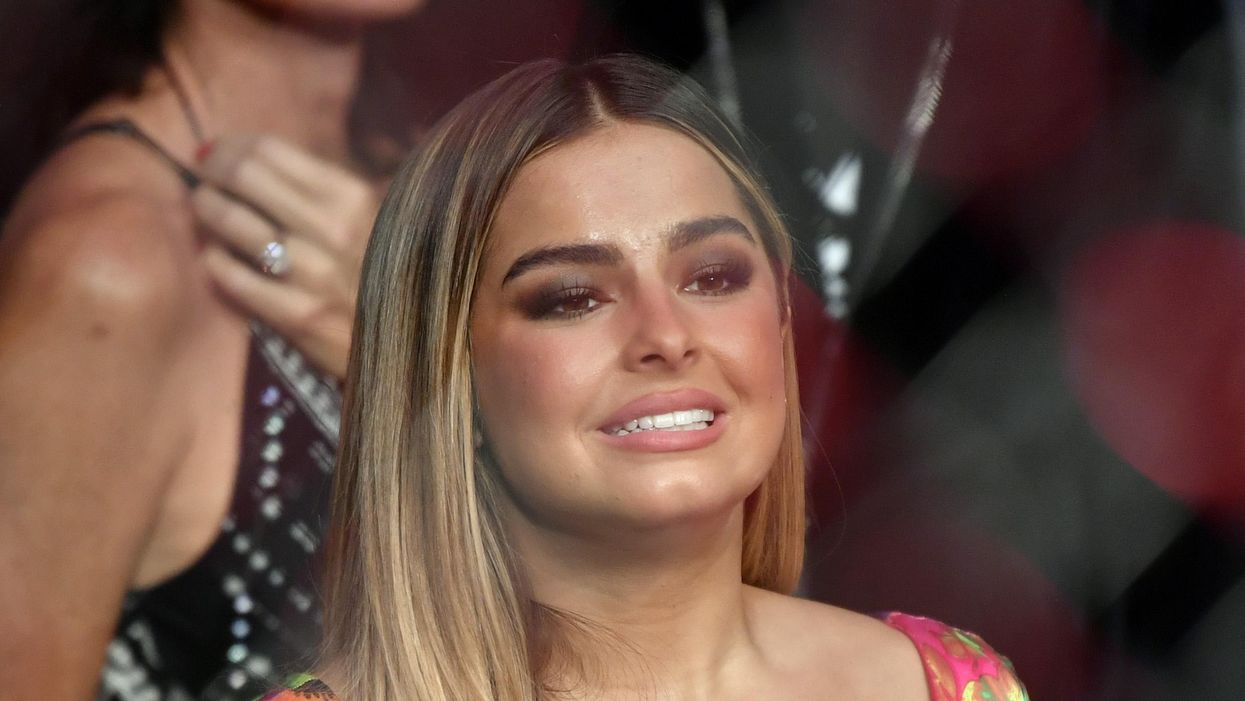 Fans are a little confused after watching a video uploaded by YouTube collective the Nelk Boys that shows influencer Addison Rae excitedly saying “hi” to former President Trump. The footage, filmed at the UFC 264 in Las Vegas on July 10, clearly depicts Rae approaching Trump and introducing herself.

ABSOLUTELY UNEXPECTED: Addison Rae gets out of her seat in the middle of the UFC to say hi former president Donald… https://t.co/PxXIGgih7X

The video is kind of a weird flex, but maybe don’t immediately assume that Rae is a Trump fan. Though she’s been accused of being a registered Republican and owning MAGA merch in the past, those claims were debunked. And it’s worth noting the context of this video in particular — the Nelk boys are notorious frat bro-type pranksters, and this does feel like a “gotcha” moment.

You can see the members of Nelk (who, despite being Canadian, are preoccupied with Trump and have filmed several encounters with him in the past) laughing as they film the clip, as well as making gross, derogatory comments about the influencer. “Addison Rae, exposed,” says one Nelk member, Kyle Forgeard. “Trump’s gonna fuck her, easy,” adds another, Stephen Deleonardis. Okay?

Also relevant: two members of Nelk were forced to apologize after posting a selfie with Rae at the same UFC event, with the obviously sexual caption “Eiffel Tower.” The post… is still up. Basically, these guys seem like assholes.

Had a great conversation with the next president of the United States about Fiscal Policy, Energy Independence and… https://t.co/zgwhDgnder

Another confusing element of this story is the separate fact that Rae had earlier posted photos of herself holding a microphone and joking about becoming a UFC TV host despite being a journalism school dropout. It’s still unclear whether or not she was actually attending the 264 event in that capacity. Regardless, journalism students were extremely mad about the caption, and Rae later stated that she’d been fired from the supposed gig.

nvm y’all got me fired https://t.co/kHFFvHuSaM

All in all, an eventful night of martial arts. Defund frat boys!