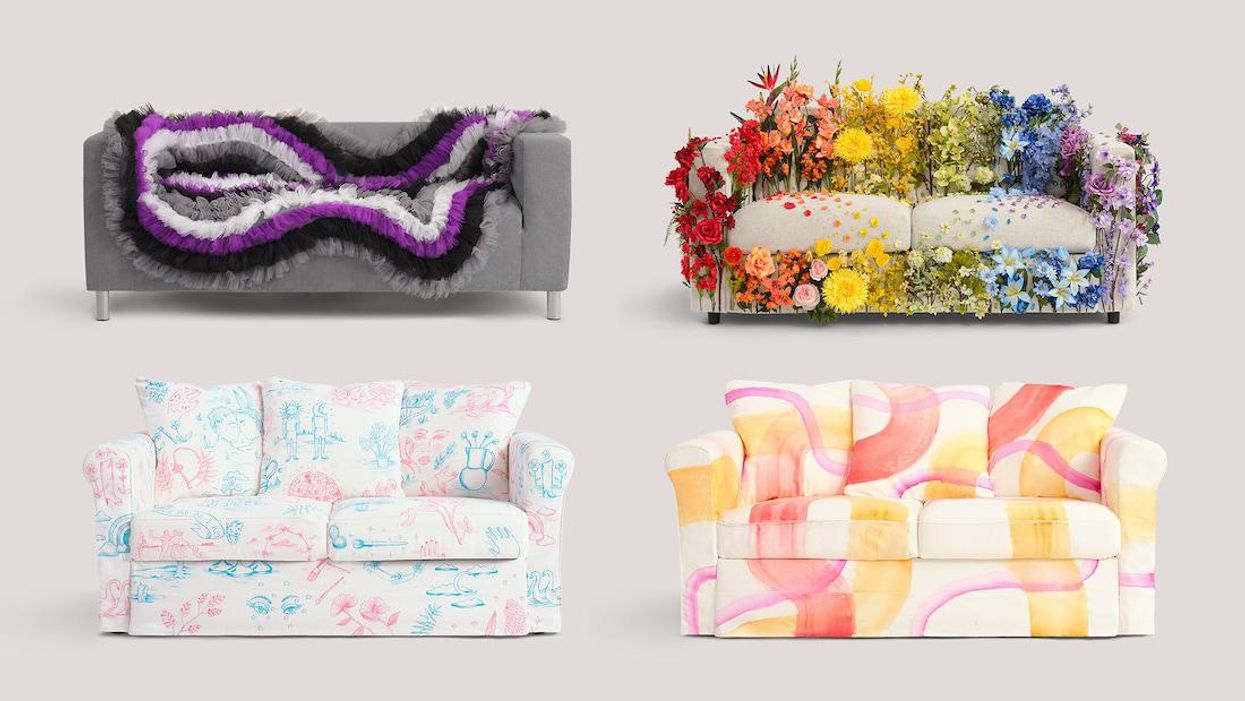 At the intersection of interior design and late stage rainbow capitalism, Ikea is closing out the month’s celebrations with a new collection of Pride flag-inspired couches. People have some opinions.

Related | Are ‘Q-Force’ the Gay Heroes We’ve Been Waiting For?

The Canadian branch of the Swedish furniture chain has rolled out their new collection of Pride-themed couches created in collaboration with a diverse lineup of 2SLGBTQ+ designers, aptly titled “Love Seats.” The new series features ten one-of-a-kind loveseats based on the colors of various Pride flags ranging from a flower-covered sofa inspired by the Progress flag to a feathered 2Spirit two-seater.

The Ikea pride collection is so insanely cool??? https://t.co/yNfbcvrfjx

An effort was clearly made, but from the vaguely bondage-esque hardware on the nonbinary flag-inspired couch to the suggestively yonic asexual loveseat, some of the design choices made across the collection feel questionable at best. Perhaps the most glaring out of the bunch is the bisexual pride flag-inspired one, covered in disembodied hands and the words “Nobody Believes You” embroidered on the cushion, which feels almost painfully on the nose.

As many of these attempts to pander to the community tend to go, the reception to Ikea Canada’s Love Seats wasn’t necessarily the warmest.

Some of the best reactions, below.

lesbian flag couch looking like something an old jewish couple would have in their condo in florida https://t.co/68ZV0cekT1

@mayamona_ The bisexual couch 😂 “nobody believes you” 😂 i can’t, i’m dead https://t.co/q87OPtycKJ

*the sound of several queer game writers scrambling to make a dating sim where you play as a STRANDMON armchair who… https://t.co/xTd5YniSIN