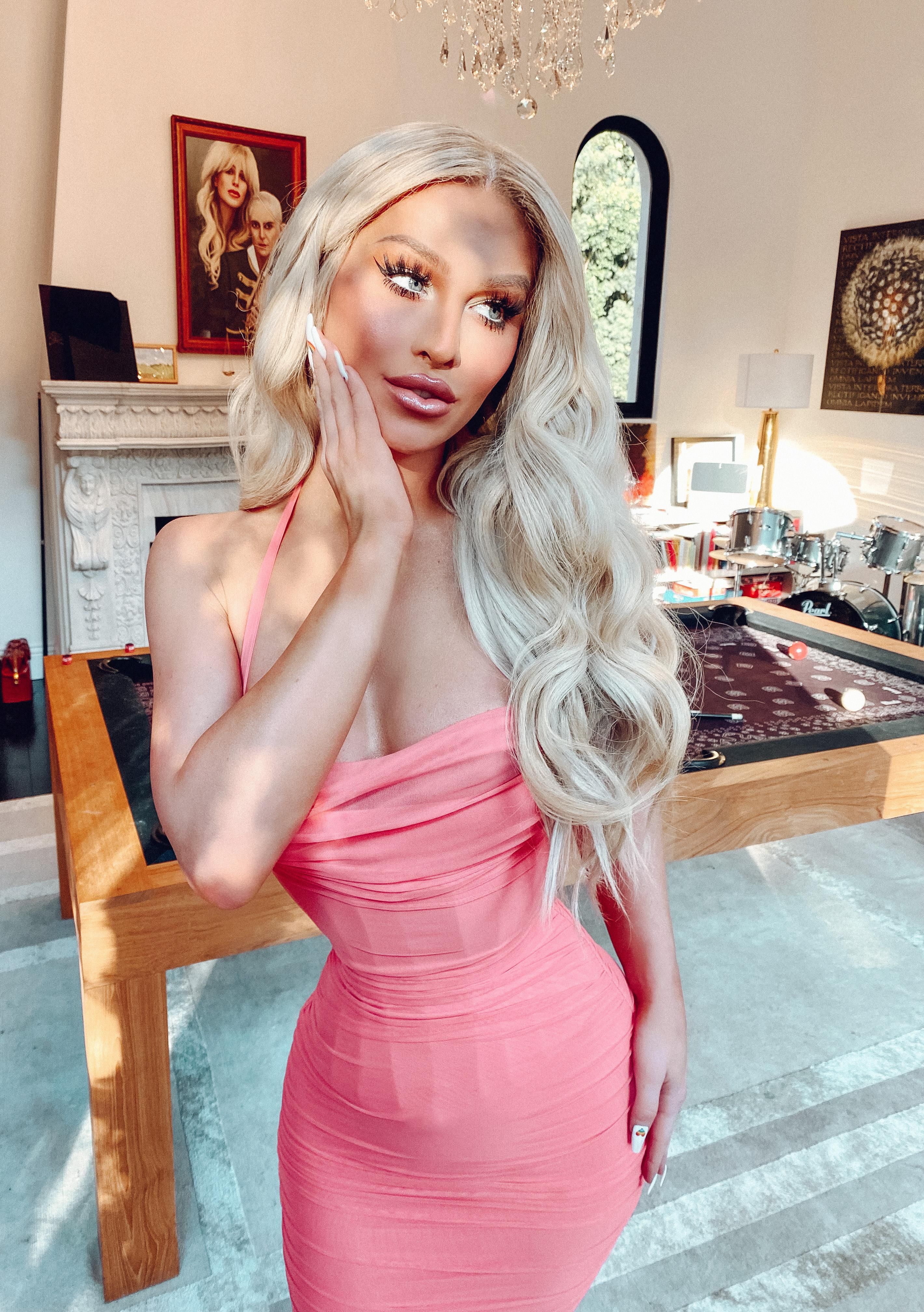 Gigi Gorgeous is anything but boring. With more headlines than one can count, there’s always something going on in Gigi’s world. Right now it’s her new podcast with her best friend, Mimi. Five years ago, it was being detained in Dubai for being trans.

The ordered chaos in which Gigi lives her life isn’t one to scoff at — managing movie deals and makeup collaborations while living her life alongside spouse Nats Getty. Together, we have our bets that the duo are quite possibly the most powerful trans couple in the world. Honestly, it’s a serve.

Related | Nats Getty on Becoming His Authentic Self

Gigi’s always predated queer-coded internet spaces though, first joining YouTube in 2008 as a gay and bubbly fashion student. After publicly transitioning as a transwoman a few years later, Gigi’s open nature catapulted her into the spotlight. She became known as one of social media’s most visible trans influencers. It’s an honor she’s carved out to include activism, beauty deals, and multi-platform media projects.

For Pride Month, Gigi is working with Dashing Diva on a capsule collection of press-on nails, an element integral to those oh-so-iconic cheerful outfits splashed across her Instagram. She’s a recent convert to press-on nails. “Who has time for sitting in a salon when you’re helping save the world,” Gigi jokes. With Dashing Diva donating $15,000 to the Trevor Project at Gigi’s request, it’s not a far stretch to say she’s a trans superhero for queer youth.

PAPER caught up with Gigi to discuss her love for podcasts, the color pink and how a manicure can elevate your outfit. 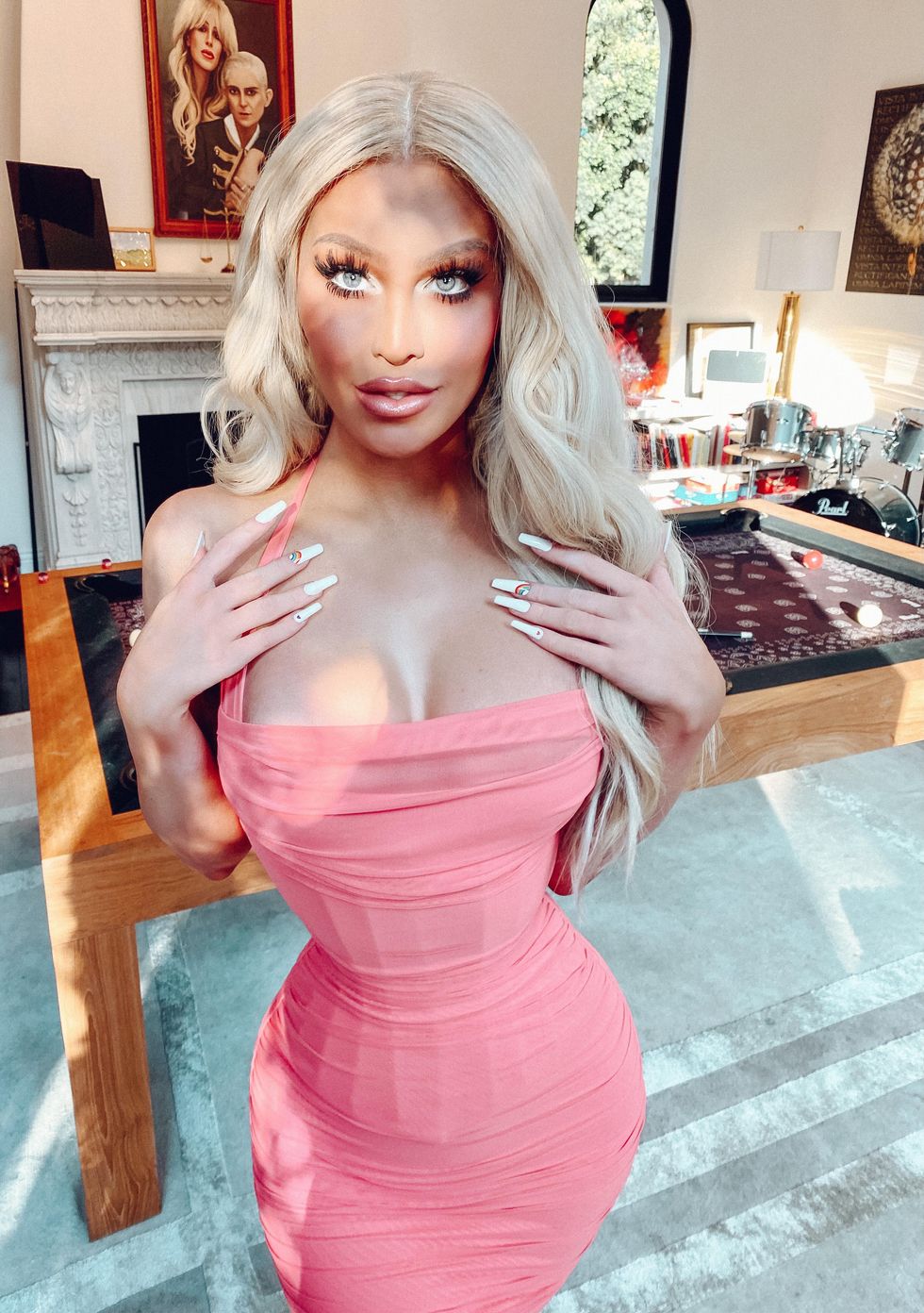 How is this Pride different from past years for you?

I went to my first Pride as an underage teen in downtown Toronto. Ever since then, I’ve fallen in love with Pride and it means everything to me. It’s been hard these last few weeks — especially last year since everything was virtual — so this year it’s been kind of the same. So it’s unfortunate, but it’s really inspiring to see people turn up. Campaigns are still happening, people are being visible online, people are doing little virtual things. It’s nice that people are still making the effort, because it is only one month out of the entire year. And for me, it’s my whole life. It’s just nice to feel extra seen this month.

With this partnership, Dashing Diva donated $15,000 to one of your favorite charities, the Trevor Project. How important is it to collaborate with brands and companies who do more than just monetize off of queer aesthetics?

When I first knew of the Trevor Project, I’ll never forget the moment and I saw the actual people on the phone talking down queer youth on the verge of suicide, I was like, Oh my god. I’m watching people on the phone, talking to people who are suicidal, who are going through it. It was mind blowing. So when Dashing Diva asked what charity I wanted to give to, it had to be the Trevor Project. There’s no more impactful hotline in my eyes. I’ve done tons of one off deals, I’d like to say you know where it just benefits me and the company I’m working with, whether it’s a campaign or a YouTube video and Instagram post, whatever, but I always like to keep it on brand. But with the Trevor Project, they’re the most impactful hotline in my eyes.

What’s the importance of having a great manicure?

If you know me at all, you know I’m obsessed with nails that go with my outfits. I feel like it just makes everything you do look sexier and makes your hands look better. It makes your jewelry pop. It definitely is a boost of confidence for me. I know when I don’t have my nails done or when a nail is missing, it’s not cute. So it’s a nice thing you can do for yourself, especially with press-on nails, you could do it in literally, like, under two minutes. It’s a great way of self-love and self-care. Like, just give yourself 10 minutes, pour a glass of wine, get your nails all cute.

You’ve lived your life so openly online. How has the digital landscape shaped your coming-of-age story and how do you translate that journey into young trans girls and boys growing up online?

When I started online, it was pure fun. There was no hope or dreams of sharing my story or letting strangers into my world and my everyday reality. I didn’t really see people who look like me or people that I could relate with in any way. It wasn’t a dark place, but there was no bright trans crowd light on the internet. I wasn’t inspired back then. But now I am. I feel like everyone is sharing their stories more openly, proudly, and honestly than ever before. It’s just such a magical place. I mean, it’s a scary place, don’t get me wrong, but the light is so much brighter now. There’s so many more trans people that are visible online. I just feel like you’re a click away from knowing and seeing somebody that you can relate with.

Being so visible on social media and within your book about your gender expression journey, do you feel there’s a pressure to act as this trans icon, and how has that affected the way you use your platform?

You have your hands in so many projects — your book, YouTube, and documentary are all so integral to the way you live as a content creator. What’s a project you’d love to tackle next as we move into the later half of 2021?

There are things on the horizon. My podcast just launched, we just did our second episode, we’re babies. But it’s called Queerified. It’s with my best friend and co-host Mimi, so I’m very excited for that. With Dashing Diva, we have something coming that is very exciting, and very amazing. I will say, I don’t know if I can say anything else, but it’s coming. It definitely is before the end of the year, but it’s gonna be fabulous.