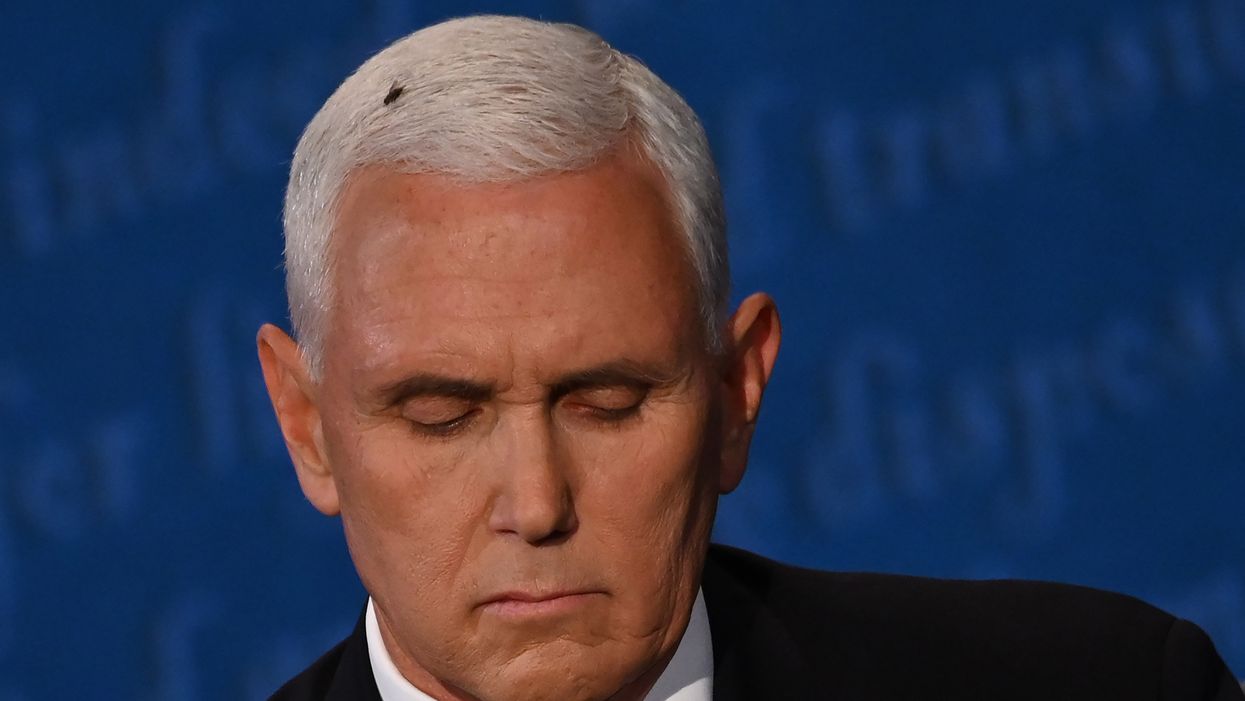 The American public learned a lot about the vice presidential candidates in last night’s debate. They learned that both candidates love fracking, questions and time limits are really more of a suggestion than a hard-and-fast rule, Kamala Harris is not to be interrupted when she’s speaking and — wait a minute. Did a fly just land on Mike Pence’s head? Oh my god, a fly totally just landed on Mike Pence’s head!

Perfectly silhouetted against the almost unnaturally smooth white expanse of hair, there was no doubt that the clear breakout star of last night’s debate was the big black fly that decided to rest its weary wings on Mike Pence’s dome towards the end of the night. It was a rare moment of mundane excitement — and what is perhaps most revealing about the current level of public enthusiasm for American politics — in an objectively terrible year.

It was refreshing to see the internet collectively perk up and point out the insect casually chilling out for roughly two whole minutes on Pence’s head. In that moment, a star was born and a deluge of memes was unleashed. Thousands of parody accounts instantly popped up on Twitter; within 10 minutes the Biden campaign had posted a picture of the former Vice President holding a fly swatter, registered the domain name flywillvote.com and started selling “Truth Over Flies” fly swatters. Rumor has it Jeff Goldblum is already being tapped to play the fly in an upcoming dramatic miniseries based on the 2020 election, too.

It’s hard to pinpoint exactly what made the fly so compelling. Perhaps it was Pence’s obliviousness to the fly’s extended stay, the ideological purity of the gesture that somehow spoke volumes or maybe it was that fact that we’ve been shut inside for so long now that seeing a fly land on man’s unwitting head is a welcome distraction from the grim and depressing reality that lies just outside our doors. Either way, we can all agree that the fly was great, a true folk hero, a national treasure and the real winner of the debate.