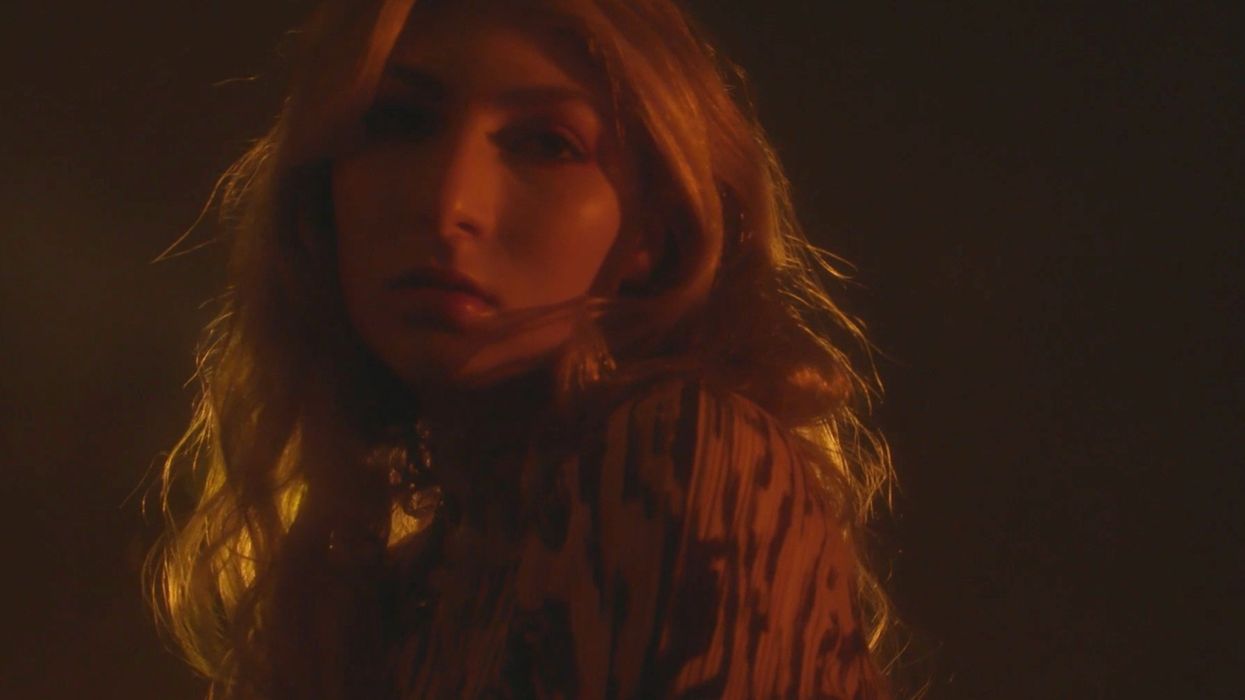 TikTok’s most baddass bassist Blu DeTiger doesn’t stop. Not even for a pandemic. With live performances on hold, she’s been putting her Gen Z social media skills to use during this weird downtime — commenting back and making videos for her fans, as well as fostering her relationships with other users on the app. She even facilitated a giveaway that included a brand new bass, $1000 and a huge merch pack.

She’s been making music, too. Her latest track, “Cotton Candy Lemonade,” garnered more than 7,000 views on TikTok and 300,000 streams on Spotify. It’s accompanied by a new music video that gives fans a peek into her New York City life, in a safe, socially distanced way.

PAPER sat down with Blu to talk about the new video, Citi Biking and what TikTok users she loves watching right now, below.

How are you? What are you doing to stay sane during all of the chaos?

I’m up and down every day, but I’m trying to stay creative. I’m still working on music and trying to connect with fans. We’ve been doing some Zoom hangouts. I spend a lot of the day trying to respond to people and interact with them that way. I’m posting on TikTok. I’ve been Citi Biking a lot, which is a new thing I’m really into in New York. I’m trying to get outside more before it gets cold, so trying to get back into a routine. But this in between quarantine and things opening has been really hard for me, to be honest. It’s just a weird mindset.

How did you get into Citi Biking?

My older brother was always so into it and I remember right when it came out, because it’s only been around for a few years. Right when it came out I went one time and I knocked into a pole, no joke. It’s so embarrassing. Because the city is scary to bike in, it’s stressful. But I’m half Dutch and whenever we go to Amsterdam, our cousins are like 10 years old and they bike around the city by themselves. They’re so good at biking. So I have that in me, kind of, but I’m just not as good as I thought. I was like, “Yeah, I can totally just bike through traffic, like whatever.” I knocked into a pole and I was like, “Oh my god,” so I hadn’t done it in forever. Then during quarantine there’s no one on the street, there’s no cars. So it’s really fun because it’s way easier. But now I go just for exercise. I’ll go to the pier, bike down Battery Park and all around. AirPods in, just blasting the tunes, that’s what I’ve been doing. 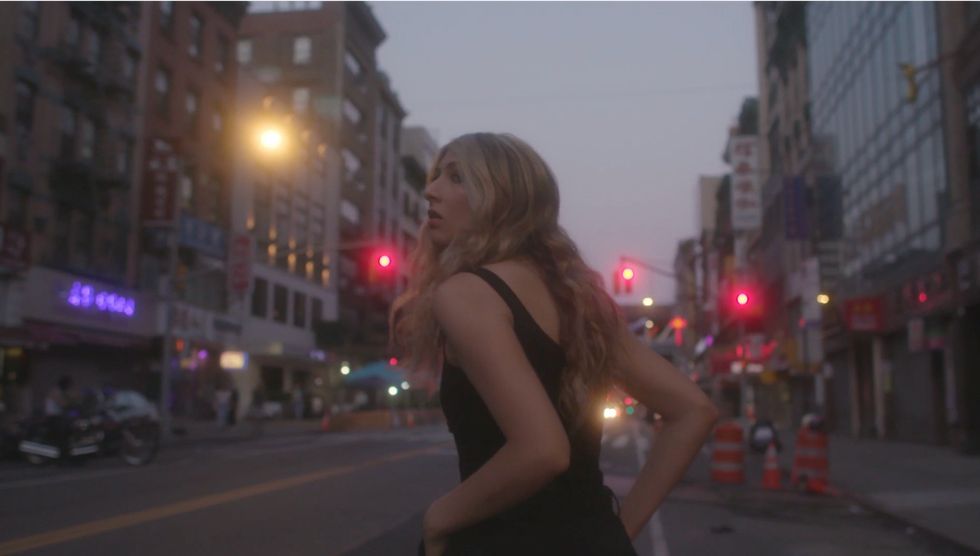 What’s the last song you listened to?

I just listened to the new Shawn Mendes song. It hits, the production is crazy on it. I literally just pulled up my Spotify and that’s what I was playing so I’m being honest here, for real. But that song rocks. I really love the new Troye Sivan EP. I’ll put that on start to finish while biking, it’s really fun. And I’ll listen to a lot of my own demos and mixes and balances, because you can’t really listen while driving the car. I know a lot of artists put on their songs in the car and see how it sounds, but you can’t do that here so I just put it on my AirPods and it has a similar effect.

If you could work with any of your music icons, who would be your first pick?

Definitely Prince or Bowie, for sure. Alive, Mark Ronson I’d love to work with someday. Even Steve Lacy or Thundercat, Pharrell, like the classics. 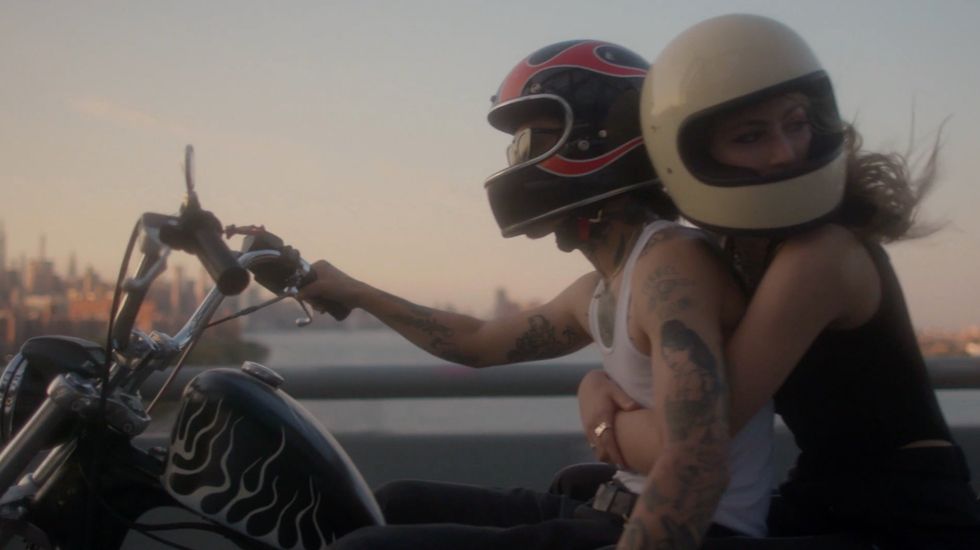 Your latest song is called “Cotton Candy Lemonade.” What does the title mean?

I always like to name my songs weird things because I think it pops out more. When I was going through the song, I think the original title for it on my demo name was like “Cotton Candy Lemonade Willy Wonka Dreamworld” or something ridiculous because that’s what it made me think of, like Willy Wonka’s factory. I don’t know why. I ended up shorting it to “Cotton Candy Lemonade” because I say those words in the song. It’s a nice bright image and the song is definitely kind of moody and edgy in the words but overall has a hopeful, positive meaning once you get to the end. So I wanted to go with the more positive aspect of it.

How did you come up with that killer baseline?

I was working on Zoom a lot during the quarantine. I was working mostly on my own and I did a few Zoom sessions here and there; I was trying it out. And these producers, Eugene Veltman, I was working with him a lot and he had these chords that he laid down with this other producer named Stelios Phili, who’s awesome. They both live in New York. They brought the chords to the session and I laid down the baseline first try. It’s funny because usually I’ll go back in and perfect it, but the baseline on the track is actually just the first take I did, which is often sometimes better because it’s literally what was in my head and I didn’t overthink it at all. And then we wrote the melody and lyrics over it. 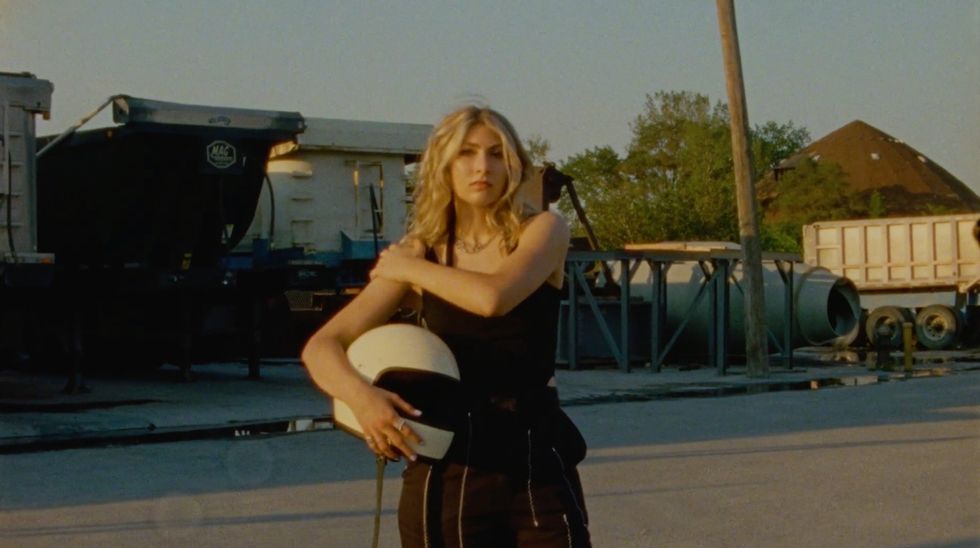 How did you go about executing the music video’s production during the pandemic?

It’s funny that we’re talking about Citi Biking a lot because my original idea was for the videos to be following me biking around New York, because it was just so true and so real to me, right now. That was the idea I went to the creative director with and then we turned it into something way cooler. I definitely really wanted to get a taste of New York in the video. I wanted to establish my world and give my fans more of a taste of where I come from and where I am now. I was born and raised here and I haven’t been able to showcase that as much since everything’s been inside. So that was really fun to give some nice visuals of New York City, which I think the video does pretty well. That bridge shot at the end is my favorite. It feels like a movie. And it was actually an all female set. It wasn’t even on purpose, but it turned out to be an all female set which is really good energy.

You’ve absolutely blown up this year in terms of recognition and music streams, and a lot of it stemmed from TikTok. What was it like for you to realize your music was becoming so popular on the app?

It was so crazy, it really started in March. March and April were so insane and I didn’t even realize what was happening. My following was growing so fast. When you’re in the moment you don’t even realize. I remember every day I would wake up and I would have a ton more followers. I’m staying with my parents, I’d go into the kitchen for breakfast and it would be like, 20K more followers today. They’d be like, “What?!” because it’s so hard to even grasp what that means. During this time you’re only seeing numbers, so it’s hard to recognize what’s happening. I’m trying to stay present and realize and feel all those things, but it’s definitely been hard just to see the numbers. I’m excited to play shows and actually see physical people, and connect with people that way, as opposed to just online. The TikTok support has been amazing. It honestly changed my life this past few months. 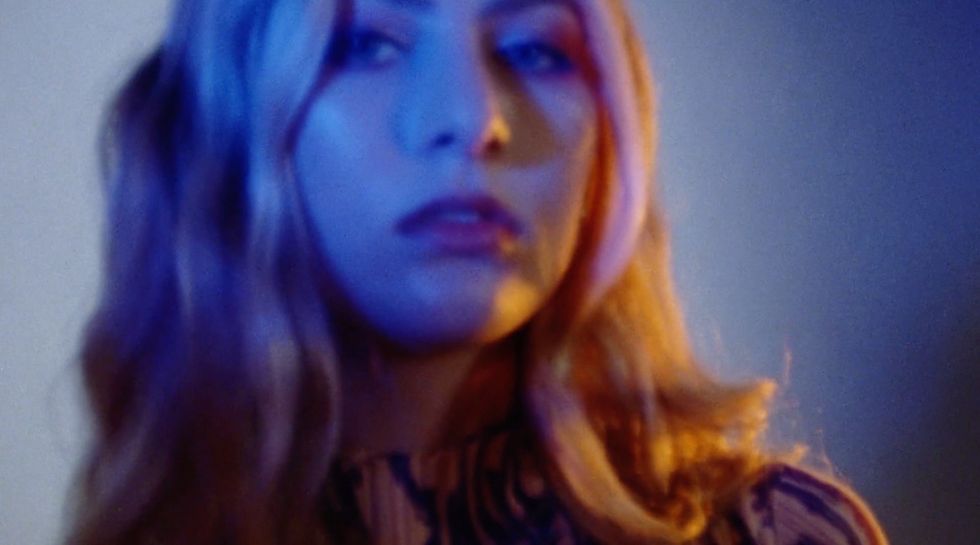 Who is your favorite TikToker right now?

Good question. I really like this girl Brittany Broski. She’s so funny and a lot of people have finsta TikToks almost, and she has a second TikTok that’s private and I luckily got on it. It’s outrageous. She’s my favorite right now, she makes me laugh really hard. But I love Charli and Dixie [D’Amelio]. I love all the big TikTokers, as well. I’m obsessed with TikTok, I will literally be on it for hours.

What side of TikTok are you on now?

I think I’m on alt TikTok. I’m on a mix of alt TikTok and music TikTok. I’m super hardcore on music TikTok. Every musician who is on TikTok will come up on my For You page. Makes sense, right? There’s been so many new musicians every day. I remember when I first started in March, there were way less users — like five or six musicians and we all follow each other and we’re all friends now. It was kind of a tight knit community and now it’s just growing so fast and it’s so cool to see. I’m trying to interact with other musicians on there and do duets and jam virtually, which has been really cool. There’s so many creative opportunities on the app. It’s insane, I love it. 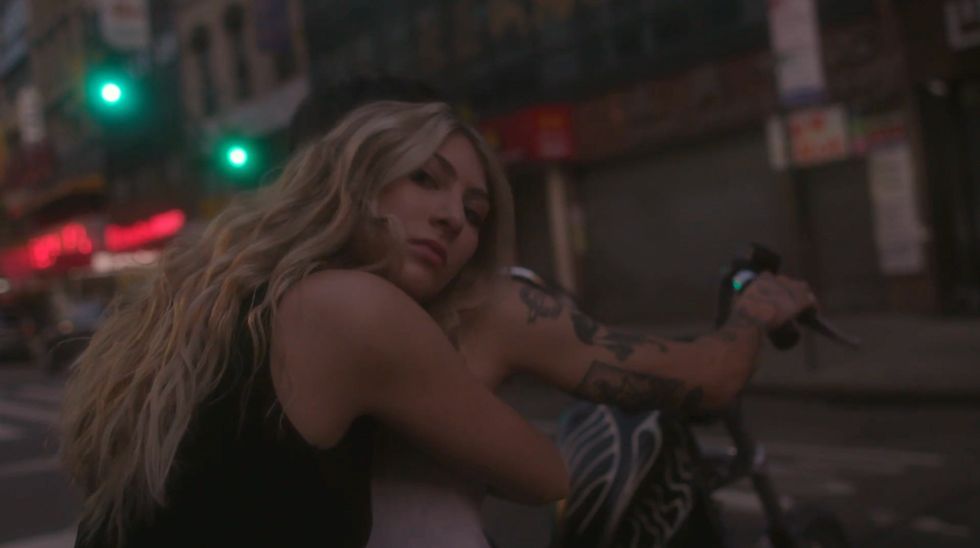 I probably spend half of my life on that app.

I know, oh my god. I checked my screen time the other day and it’s ridiculous, like it’s so embarrassing. I will not say it. I talk to my managers all the time and I’m like, “Guys it’s research, I’m doing research.” I’m figuring out what the trending songs are, covering stuff and looking at other people because it’s part of my identity now. I like to be in the know and know all the trends and all the references and all the songs and stay up to date on everything.

What can fans expect from you next?

I have another single coming out soon and then a full EP, so it’s my first full project. I’m really excited about it. I can’t wait for everyone to hear it. I feel like it’s just the beginning. There’s so much more to come and I can’t wait to show the people who are following me all the different sides of me.