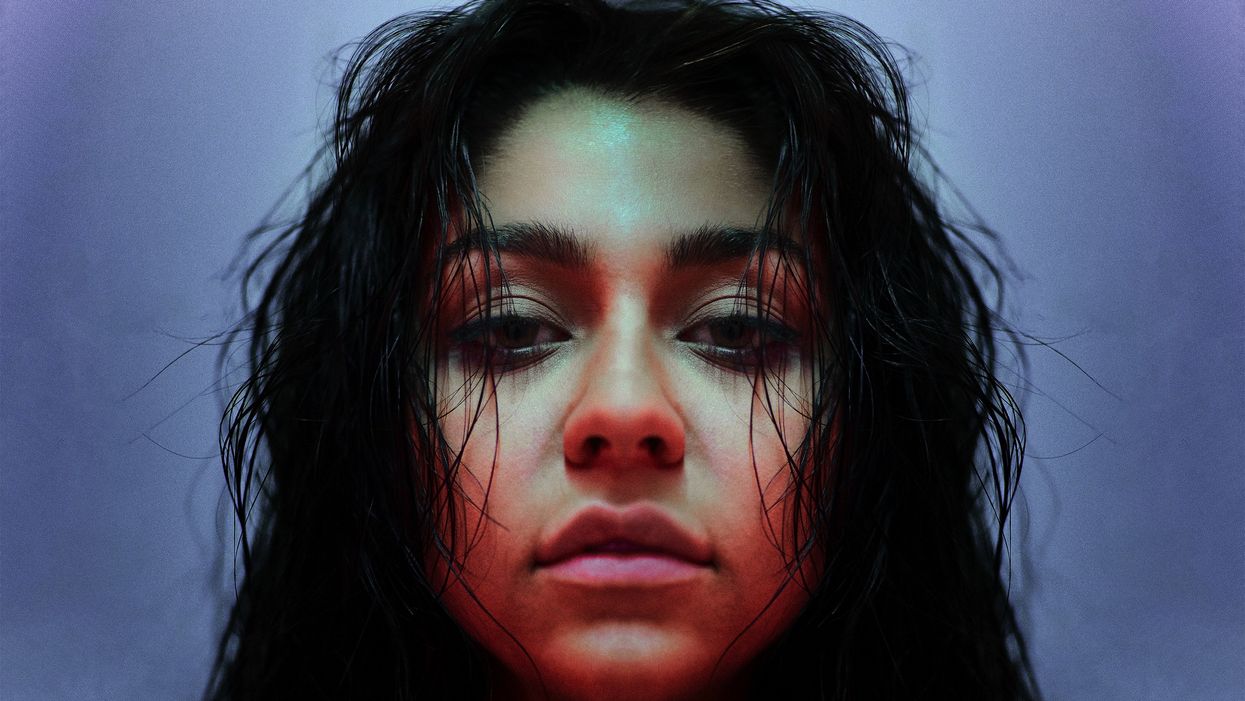 Andrea Russett’s venture into music began with the nervous posting of anonymous covers. Soon after, anonymous covers gave way to short vocal clips on Snapchat, and it was ultimately the encouraging reactions from followers that pushed her out of her online comfort zone, a place she had largely been living in since she first rooted her presence on the internet over a decade ago.

What once felt like an “outlandish dream” of releasing music of her own only came to fruition recently, with a support system of more than 11.7 million Instagram and Twitter followers combined and nearly three million YouTube subscribers. Some of those fans have watched Russett’s journey for years; now, they are watching her add to the lengthy portfolio of content she built her foundation on with the pursuit of her true passion.

On October 8, they heard her first single, “Darkest Hour,” for the first time.

“It was actually this last New Year’s, or maybe the one before, that I told myself — I made the decision that this was going to be the time where I actually focus on what I’m passionate about, rather than just keep doing this and that, here and there,” Russett told PAPER. “I wanted to follow my dreams for real, and if it fails, it fails. But at least I can say I tried.”

Russett has always loved music, but there’s no doubt that creating her new normal brought some concern about how fans would react. Fortunately, Russett said her followers have made the sometimes anxiety-inducing move to music an exciting one, with many providing seemingly unconditional support.

“I was really nervous when I finally made the decision that I was going to turn my focus to music over the last year, year and a half, and I was really nervous about how people would react,” Russett said. “But I thankfully have literally the best viewers in the world. Over the last 10 years, I have gone in so many different avenues and different routes and they’ve just stuck by me and been just as excited as I am for it. They’ve made the whole transition process more exciting than stressful, which I was concerned about.”

how it started:
how it’s going:
🥺 pic.twitter.com/aFsM0Uac2G

Despite that, being a nervous person is not how Russett would typically describe herself. But the emotions she was feeling in the hours leading up to the single’s release begged to differ, and rightfully so. She hopes, though, that the song she describes as her “baby” will speak for itself. And its candidness just might.

Perhaps most importantly, the release of the song will bring forth an openness and freedom that Russett hasn’t yet had the opportunity to experience in previous ventures. She is prepared to break out of the online mold, but this certainly isn’t goodbye to the internet, either.

This transparency extends to a more personal territory, as well. “Darkest Hour” is a forthright depiction of Russett’s experiences with her own mental health, an area she has hardly shied away from with her own fanbase.

She prides herself on her ability to speak freely and responsibly (which came with growth, of course) to her followers, and the tough stuff is all wrapped up in the conversation.

“I’m no expert, I’m still trying to figure this out just as much as the rest of us,” Russett said. “But through Instagram, through Twitter, that kind of stuff, I try to be super open and honest about the way I’m feeling and my own mental health and not paint it out to be anything. I think there are a lot of influencers who paint a perfect life, and when you see that, and you see that they don’t have any bad days online, it’s like, ‘Am I the only one that’s going through this?’ And it makes you feel really lonely. Through posting my own struggles, it hopefully makes anyone else out there feel like, ‘Okay, I’m not the only one feeling this way or going through this.'”

In collaboration with writers Matt Romagna and Dan Wilson and a production team of Romagna and Lisa Filipelli, Russett went to work, and in turn, created a piece of art that feels emotionally raw with lyrics prying open inner anxieties: “Tell me that you’ll be there in my darkest hour/ When I’m fucked up and fading out/ Promise me you’ll be there when I’m losing power/ Say you’ll reach out for me when I’m sinking under.”

“… During the time [we wrote the song], I had met someone new that I was really interested in, and I was also going through a depressive episode,” Russett said. “And I think I was just so consumed with anxiety over the fact of like, ‘He’s going to figure it out eventually. He’s going to see this side of me eventually. Is it going to be too much? Do I hide it? Do I bury it? Is he going to be there?’ And I think it all just spilled out into the song.”

It’s the feelings that came in retrospect, though, that showcase how deeply personal the song is to her. Music is therapeutic for Russett and listening back to “Darkest Hour” helped her process former feelings.

“I think I didn’t really even realize what I was saying when I wrote it because I listen to it now and I was in a very different headspace, a very dark time in my life when I wrote that,” Russett said. “And it’s crazy to listen back to it now and think, ‘Wow, I didn’t even realize how down and struggling I was.’ But I think that being the first single, it’s just fitting for who I am as a person where it’s just like, ‘I’m open, I’m honest and I’m going to say how I feel even if it’s going to make a few people uncomfortable.'”

It seems the relatability will outweigh any discomfort Russett anticipates. Fan reactions have already created an outpour of support and excitement for Russett and, while she believes it can’t be loved by everyone, her existing support system undoubtedly has her back in this massive entrance to a new era for her art.

I’ve listened to Darkest Hour so much, I already know all the lyrics.

YO WHAT. That new @AndreaRussett song GAVE ME FUCKING CHILLS. Her voice is so unique and beautiful. EVERYONE GO LISTEN AND STREAM THE SONG! https://t.co/vqie797set#DarkestHour

“I’m nervous. I’m excited. I know that not everyone can love my song; it would be impossible for every single person that heard it to love it, and that’s okay,” Russett said. “I’m reminding myself of that. But I also just really believe that the music will speak for itself, and I’m proud of it. And that’s the only person’s opinion that matters.”