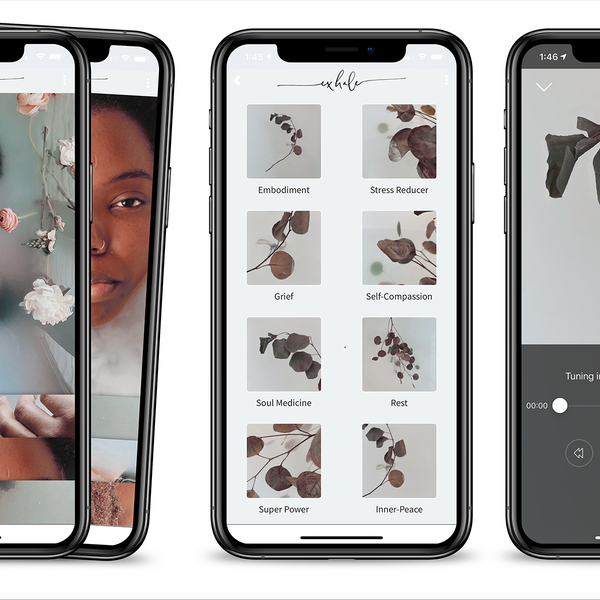 Between the global pandemic, continued police violence against Black bodies and a renewed discussion about women’s rights, it would be an understatement to say that 2020 has been a particularly challenging year, particularly for Black, Indigenous, Women of Color. And while there continues to be an unfortunate dearth of spaces specifically dedicated to BIWOC’s mental health, one app is trying to fill the void with a reminder about the importance of self-care, mindfulness and rest during this trying time.

Born out of the idea that “the Black and brown community is holding its breath, waiting for the next video of police brutality, the next microaggression, or the next negative health impact statistic,” Exhale was launched last month by Indianapolis-based life coach, author and anti-racism advocate Katara McCarty with the intention of creating a supportive space for BIWOC emotional wellbeing. In addition to featuring a series of coaching talks, daily affirmations, breath work, guided visualizations and meditations, each component has also been specifically designed for BIWOC to address issues like handling microaggressions, coping with grief and mitigating stress.

Granted, even though self-care has become all the more important amidst the racial justice movement and pandemic — which has disproportionately affected Black and brown communities — as McCarty herself explained, there’s been an alarming lack of similar resources for BIWOC in particular. And so, she set out to create a space that caters specifically to BIWOC as a “healing resource, especially with everything we’re going through” today.

“We were getting smacked one after another, punched in the stomach, as a community. And I was just in a place of really grieving with the collective,” she said, before mentioning the deaths of Ahmaud Arbery, George Floyd and Breonna Taylor.

“I was feeling this immense amount of helplessness and pain. Like, ‘Oh my God. My community is hemorrhaging.’ That’s what it felt like,” McCarty continued. “And it wasn’t like I didn’t know. I’ve experienced microaggressions and racism — so have my mom, my sister, my daughters — it’s nothing new. But it felt like it was being so magnified. I felt like my comm was really in pain and I was already in a place of like, ‘What can I do for my community?'”

However, the idea for Exhale itself finally came to her this past April during an app-guided meditation which “wasn’t connecting with my grief and pain as a Black woman” as something that was created for and narrated by white people. So she began working on the project with the goal of facilitating “a brave space where BIWOC can show up fully as themselves.”

She added, “I want them to breathe a little bit and be like, ‘Okay, this person on the other end of my earbuds really gets me. They understand my fight and how I have to lead my life. There’s an ‘exhale’ that happens just with that: a relief that’s like, ‘They hear me, they see me.'”

“It is white supremacy to think that white people have all the answers.”

After all, it’s no secret that the wellness sphere — like most other spaces — is predominantly curated by and catered toward white people. But as McCarty explains, continuing to show up in these spaces can “actually be harmful,” especially if you feel like you “have to hang up part of [yourself] at the door.”

That said, McCarty went on to reiterate that she didn’t want BIWOC to keep feeling like they weren’t being seen or heard, not to mention overlooked or exploited when it comes to having to explain that their specific identity-related trauma is valid. 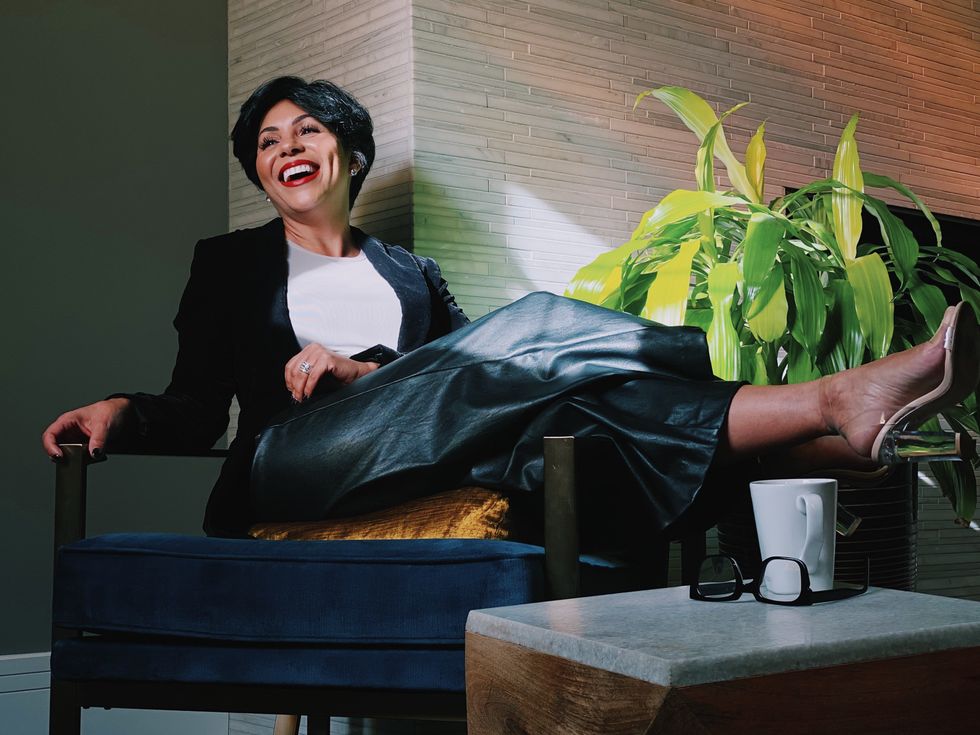 “Those spaces are what they are, and I don’t feel called to break into these spaces and educate them like, ‘Hey, don’t forget about the brown people.’ I’m just going to create my own space,” McCarty continued. “Because it’s really important for us to have representation and to see ourselves reflected back to us — physically, emotionally, spiritually. And when that isn’t happening, there’s a part of us that isn’t given space to participate to heal or to engage, which is what we’re used to doing.”

While the entire app is currently free until September 30 — a decision spurred by the Jacob Blake shooting — starting in October, it will revert to a $4.99/month subscription to access some of the premium content. As McCarty sees it, that’s a small price to pay, especially considering there are plans to eventually add a support-centered community function, as well as an educational component that will emphasize the importance of emotional wellbeing for BIWOC.

Related | How to Demand Justice for Jacob Blake

“It’s so important to have these practices in our lives daily to manage the racial trauma we experience, because it’s killing us. It’s killing us in the streets, but it’s also killing us because we’re holding the trauma physically in our bodies and it’s making us sick,” McCarty said.

She concluded, “We cannot control what happens to us outside in the world and we can’t control what happens to our children, but we can control our breath. It really physically does something to our bodies. I’m hoping that the app becomes a resource for BIWOC to understand the power of emotional wellbeing taking care of ourselves and understanding the power of our breath.”