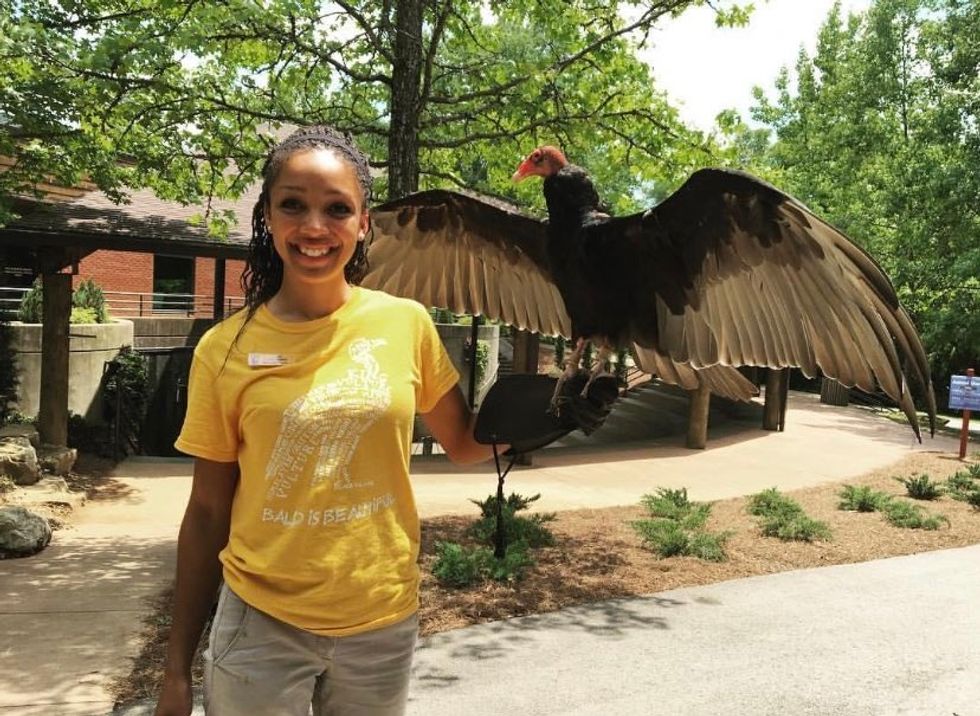 America’s parks are a point of national pride, but we seem to have a tough time imagining anyone other than white Patagonia bros enjoying them. Black hikers, ecologists and bird watchers are excluded from the REI narrative, and can feel alienated while participating in leisure activities that their white counterparts take for granted.

Enter #BlackBirdersWeek, a direct response to the viral video from earlier this month in which a white woman, Amy Cooper, issued racist threats against Black bird watcher Christian Cooper in Central Park. Conceptualized by Black AF in STEM, a GroupMe of young Black scientists and science communicators, the weeklong Twitter and Instagram series aims to educate and celebrate. “Birding is overwhelmingly white,” group founder Jason Ward, who hosts the YouTube series Birds of North America, tells PAPER. “And because of that, Black birders often feel left out, and unsafe. Black Birders Week is a way to get the message out that birding is for everyone.”

Daily #BlackBirdersWeek challenges encourage Black nature lovers to share photos of themselves enjoying the outdoors and spotting rare wildlife. As we grieve for the losses of Black lives at the hands of police officers and demand justice across the country, these images are wholesome and soothing additions to the timeline. Today’s #PostABird tag has created a stream of fun bird pics and facts, and tomorrow and Wednesday you can look out for a birding Q&A on Twitter as well as a livestream discussion about #BirdingWhileBlack. Friday June 5 will celebrate #BlackWomenWhoBird.

To be a minority member of a community that already has little public recognition can be lonely, but for Ward and many others birding is worth the effort. “Find other members of your flock, other Black nature enthusiasts, to help you through the obstacles you’ll undoubtedly encounter as you chase your passions,” he advises prospective birders of color. “All anyone needs as a beginner birder are eyes, ears and curiosity. Once you have those, you’re well on your way, birds are everywhere, all it takes is a couple of steps outside to hear and see them.”

His favorite bird? The peregrine falcon. “It’s the fastest animal on earth, capable of reaching 240mph in a dive, and can be found on six of the seven continents.” His white whale is the golden eagle — he’s yet to spot one, despite “coming close several times.”

For those of us who are able to enjoy outdoor spaces without fearing anything other than bear attacks, there’s further work to be done. “On an organizational level, it’s not enough to say ‘Our doors are always open,'” says Ward. “You have to be intentional and consistent in your attempts to achieve diversity and inclusion. One of the best ways to do this is by hiring people from communities of color.” And whether you’re inside or outside, speak up against racist acts. “As my friend and colleague Corina Newsome says, it isn’t enough to just say you’re not racist,” Ward adds. “You need to be anti-racist.”