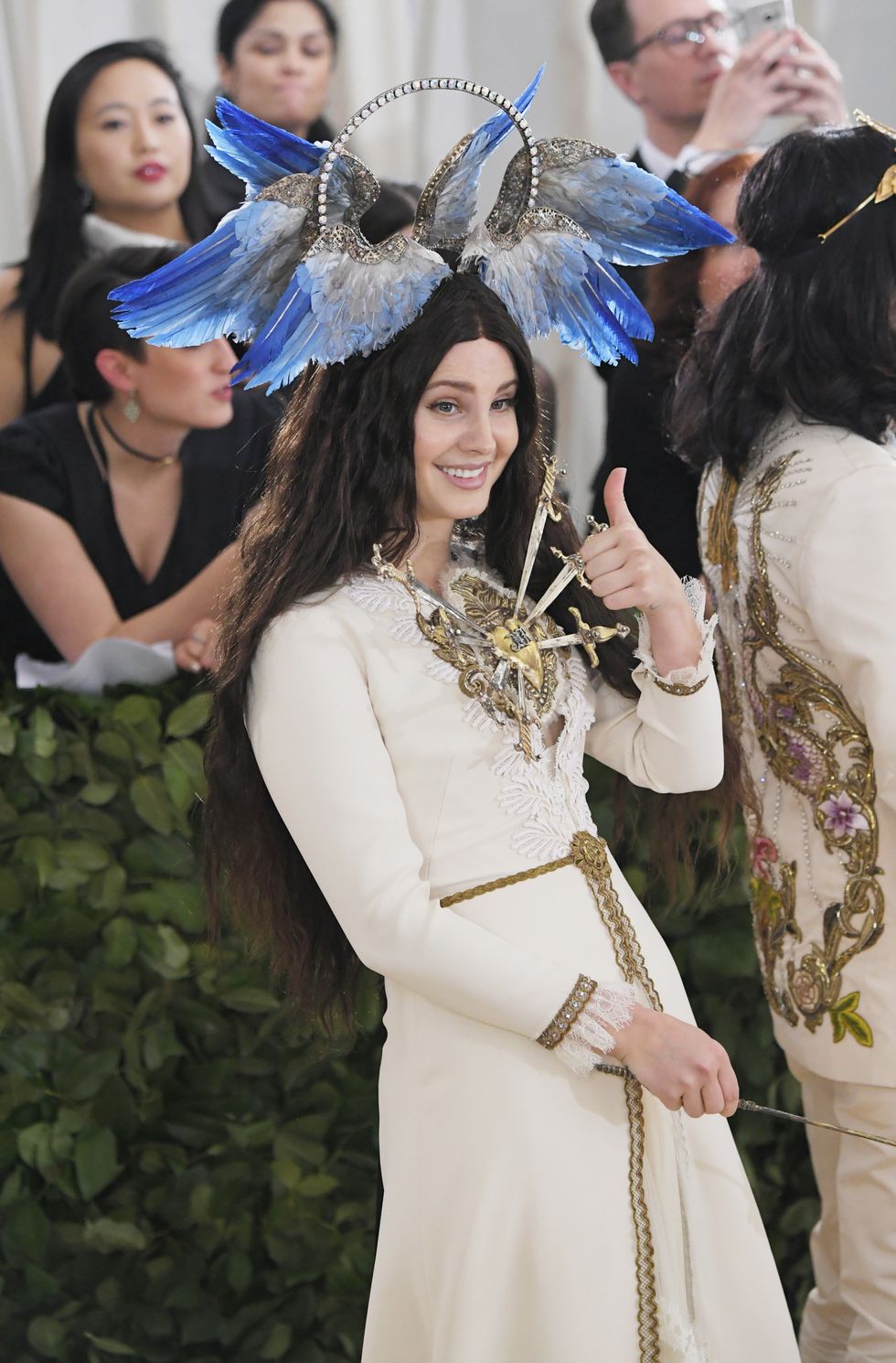 Lana Del Rey made a stressful, confusing Instagram post yesterday, announcing her new album and whining about the decade-old critique that her music glamorizes abuse, arguing that there needs to be room in feminism for self-destructive white women like her. The main news of the day was that she appeared to shade seven other women pop stars in the process. “Now that Doja Cat, Ariana, Camila, Cardi B, Kehlani and Nicki Minaj and Beyoncé have had number ones with songs about being sexy, wearing no clothes, fucking, cheating etc – can I please go back to singing about being embodied, feeling beautiful by being in love even if the relationship is not perfect, or dancing for money – or whatever I want – without being crucified or saying that I’m glamorizing abuse??????” she wrote.

The cancellation was swift and savage. Fans needed only to see their faves named with such apparent contempt to start circling the wagons. Others accused Del Rey of painting a revisionist history of her own career, erasing the reality that Black women face a harder time in the press than anyone else, and being reductive about the music of the women she named. Others just thought she was being really fucking annoying. The backlash had her own stans wishing she’d left the note in her drafts. Thus far, Doja Cat is the only named musician to respond to Del Rey’s comments.

Lana does not, in fact, wish she left it in drafts. Responding to comments on her post, she clarified that the women she named are her “favorite singers,” but that she said what she said. “Bro. This is sad to make it about a WOC issue when I’m talking about my favorite singers,” she wrote in response to one comment calling her racist. “I could’ve literally said anyone but I picked my favorite fucking people. And this is the problem with society today, not everything is about whatever you want it to be. It’s the exact point of my post – there are certain women that culture doesn’t want to have a voice it may not have to do with race i don’t know what it has to do with. I don’t care anymore but don’t ever ever ever bro- call me racist because that is bullshit.”

She continued: “And my last and final note on everything – when I said people who look like me- I meant the people who don’t look strong or necessarily smart or like they’re in control. It’s about advocating for a more delicate personality, not for white women – thanks for the Karen comments tho. V helpful.”

She’s not backing down. “Fuck you,” Del Rey captioned her latest Insta post today: a collage of what look like music video clips of her dancing in a strip club. Make of that what you will.