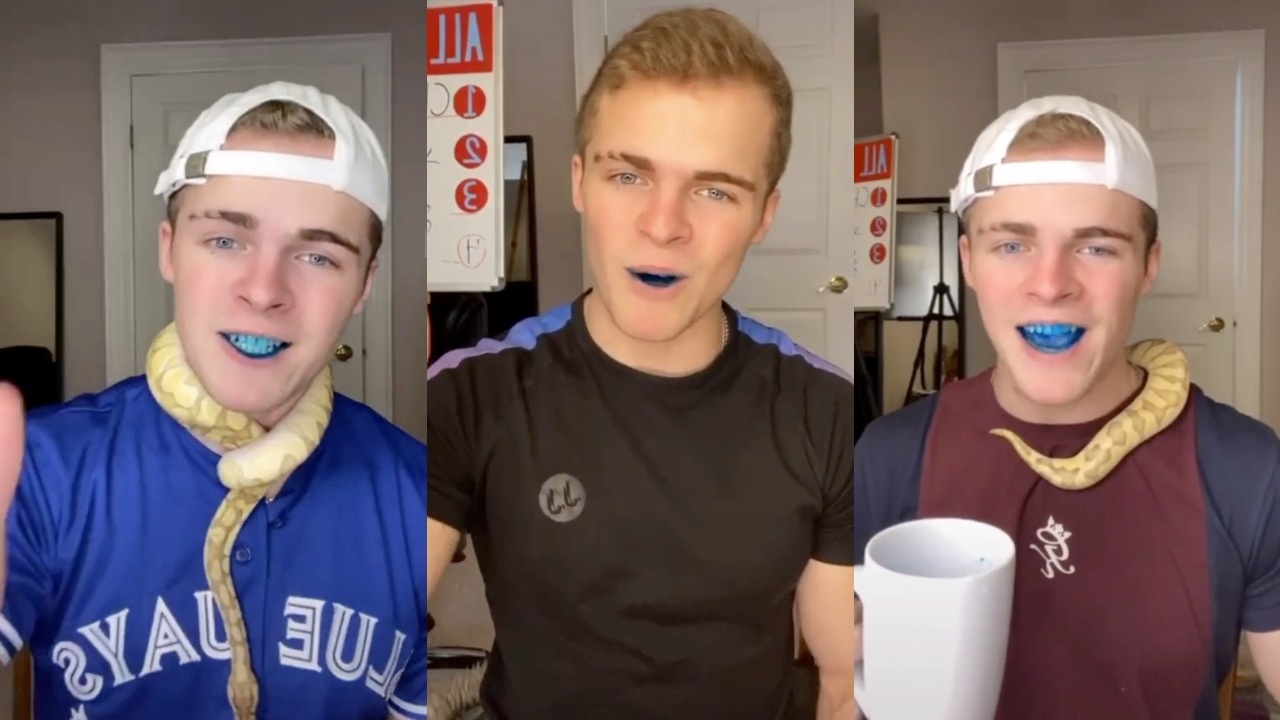 If you’re like me, then you exhaust your TikTok account’s For You page algorithm daily, and sometimes to the point where you start seeing content you wish you could unsee. One video in particular, made by Nova Scotian user @Coltyy, has been haunting me for the past several days — and every day since I first saw it, I’ve stayed updated on his journey towards virality.

For over a week now, Colton has been demonstrating the effects of blue food coloring ingestion for his followers. Grinning with a full set of bright royal blue teeth, Colton gives TikTok updates as to his condition and what, if any, new side effects he’s experiencing from drinking dye-water out of a styrofoam cup. Spoiler alert: there’s almost always something new happening to his body as a result of the unnatural process!

His noble mission? To turn his urine blue. The personal challenge started out with a set length of a mere five days, but has gone well beyond that upper bound. By day three, Colton noted that he was starting to see his urine start to change colors, but wasn’t quite sure. On day seven, he noted some “pretty embarrassing” changes that he wouldn’t disclose, as well as his skin starting to change to a blueish hue. In his most recent update, he described his pee turning an even deeper blue — a truly startling development.

While Colton notes in the captions under his videos that the process of ingesting food dye is “harmless,” TikTok has marked the video as potentially unsafe. “The action in this video could result in serious injury,” a banner reads under his most recent update for day eight of his journey.

Safe or unsafe, let’s leave this rejected The Smurfs 2 sponcon challenge in the drafts, ‘Tokers. Make another dance to a Doja Cat song instead!