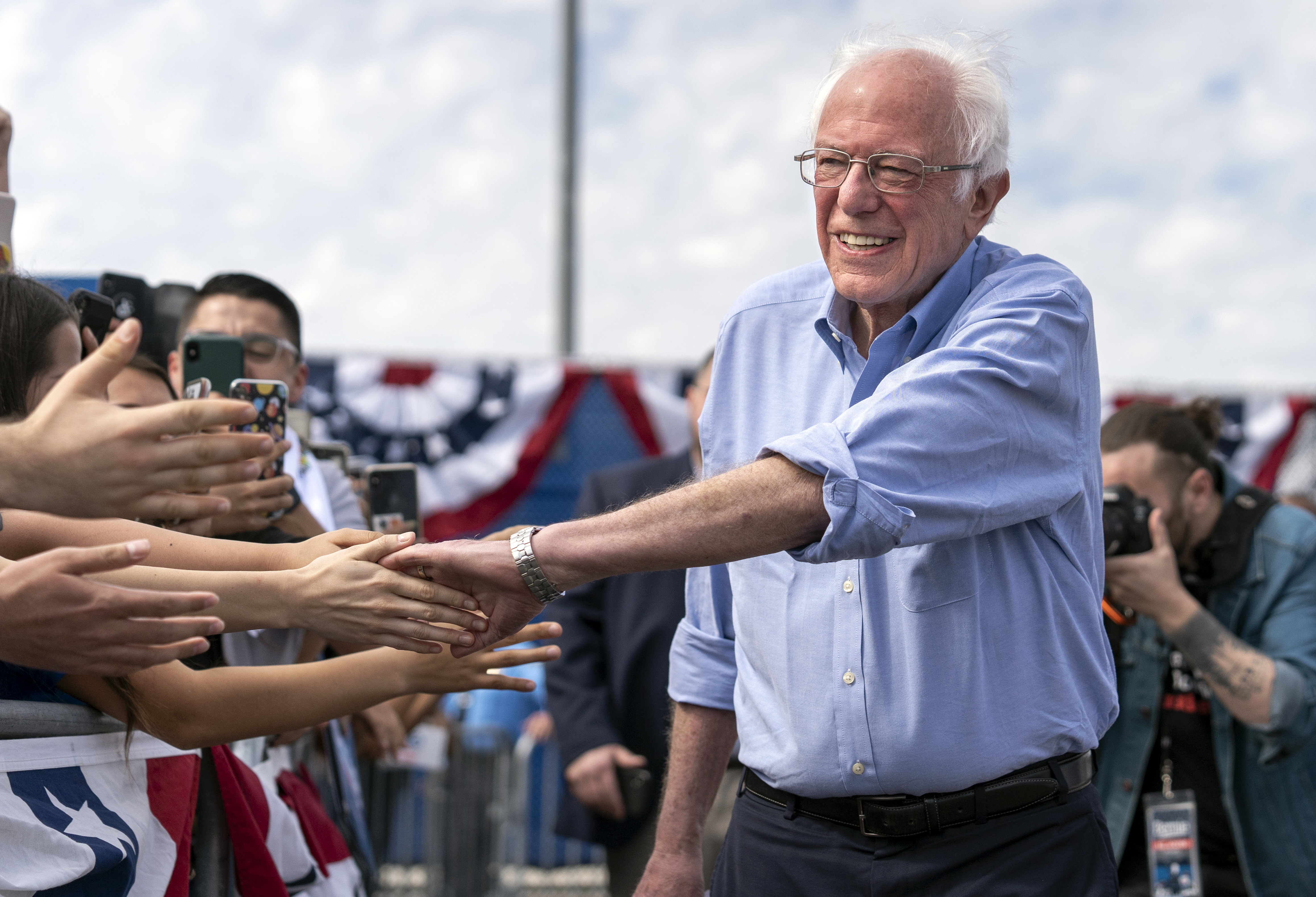 “We are an international network of people that work within art and culture, and with this letter, we would like to declare our support for Senator Bernie Sanders and endorse his 2020 presidential campaign,” the letter begins, going on to cite Sanders’ anti-war, climate, Medicare for All, student debt, and free public college programs.

Related | Why Everyone Is Thirst Trapping For Bernie Sanders

“Artists and cultural producers are largely precarity laborers – often struggling without benefits, financial security, at the whim of the market…” the letter continues. “We strongly feel that only Sanders represents the values and virtues which all of us as cultural producers have always hoped to strive for.

The authors also quote Sanders, saying: “You have my promise that as President, I will be an arts President. I will continue to advocate strongly for robust funding of the arts in our cities, schools and public spaces. Art is speech. Art is what life is about.”

Many of the artists are not actually American and can’t vote, but given their platforms and the global implications of Donald Trump’s presidency, believe the letter can still have an impact: “We hope to reach out to our American colleagues, friends, and families, and express our enthusiasm in supporting, and voting for, the only candidate we believe can unseat Donald Trump.”

The list of signees spans every cultural sphere. Aside from Walker, Nan Goldin, Chloe Wise, Chris Kraus, Bobbi Menuez, Jacolby Satterwhite and Ryan McGinley are all on the list, as well as designers such as Telfar Clemons, Mike Eckhaus and Zoe Latta. It’s a who’s who of indie music royalty, including Holly Herndon, Devendra Banhart, Kelsey Lu, Juliana Huxtable, Ariel Reichstad, Ian Isaiah and others.

“We believe that a Sanders presidency will provide a serious and tangible chance for a redirection of the United States and perhaps the entire world from the wrong paths that have been followed for far too long. President Sanders will inaugurate a new era for America: one of peace, prosperity, and essential human dignity.”

The letter is open to any artist or cultural producer to publicly endorse Sanders for President of the United States. Read the full letter and sign your name here. Read about Bernie Sanders’ platform here and find out how to volunteer or donate to his campaign.