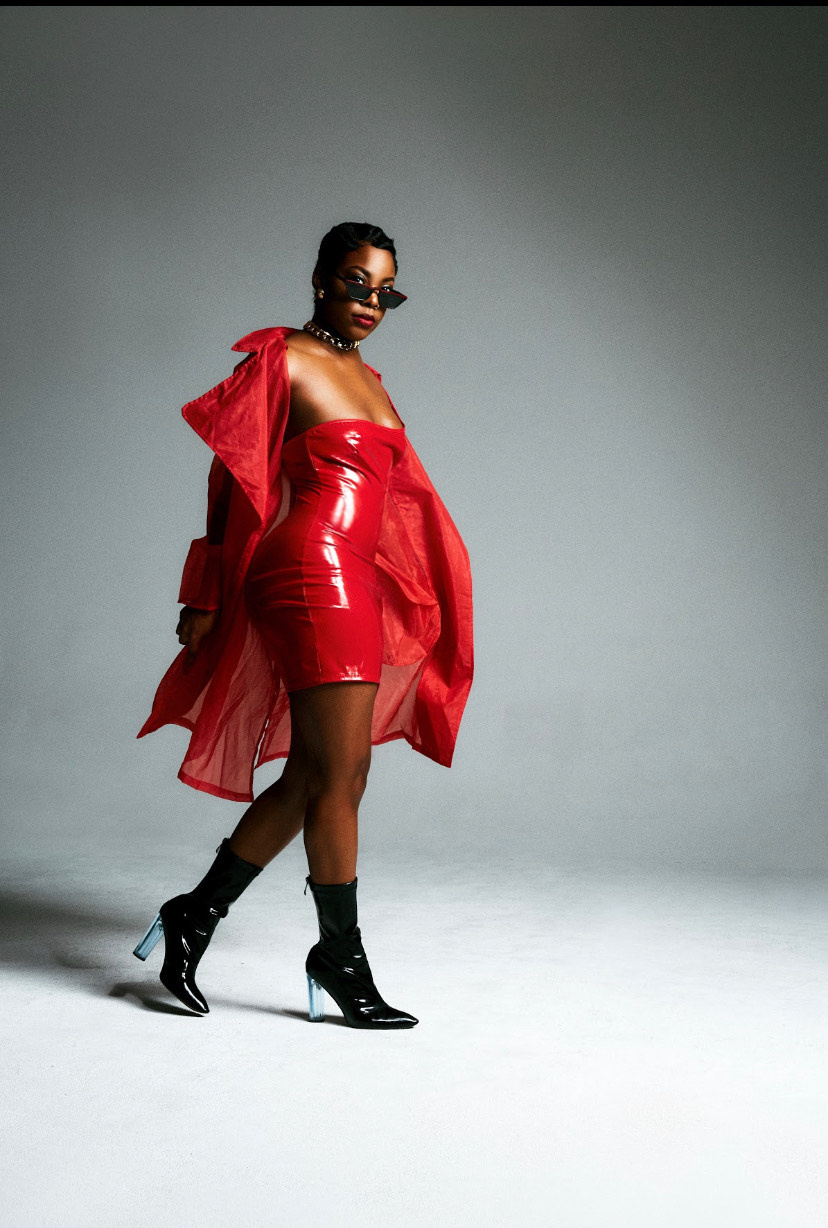 After losing her job in 2017, Marley began looking into ways to “make money as a woman online using your sexuality.” Because while she had been a stripper before, this time around she was looking to control her work hours from the comfort of her own home — something that eventually led her to Twitter’s findom community.

“The biggest difference between findomming and other forms of sex work is that you don’t have to really be in physical contact with anyone,” she says. “Doing that in the safety of your home, branding and marketing it, being able to do your safety screening on your own. This form of sex work gives you more control.”

Related | People Are Identifying as Digisexual. Here’s What That Means.

However, Marley adds that breaking into this particular line of work proved to be somewhat of a challenge. Starting without a mentor, Marley researched and studied what others were doing for almost half a year before even deciding to make a Twitter for herself — though the initial pushback she received from other findommes was, at times, discouraging.

“There were times when I’d go into other dommes’ inboxes, and they’d give me the cold shoulder, ignore me, or be rude,” she says. “They were like, I had to figure it out myself, because they figured it out themselves.”

Partially inspired by her own experience, Marley decided to create the Black Domme Sorority this past July. A “safe space for Black and Afro-Latina women to come together,” the 1,000 member strong organization allows newbies and veterans alike the ability to chat with each other and attend classes taught by Marley across the country. After all, as Marley says, within a space where many of the most visible players are white women, the importance of helping other women of color — who often “have to work harder, especially in terms of content and marketing and branding ourselves” — can’t be understated. 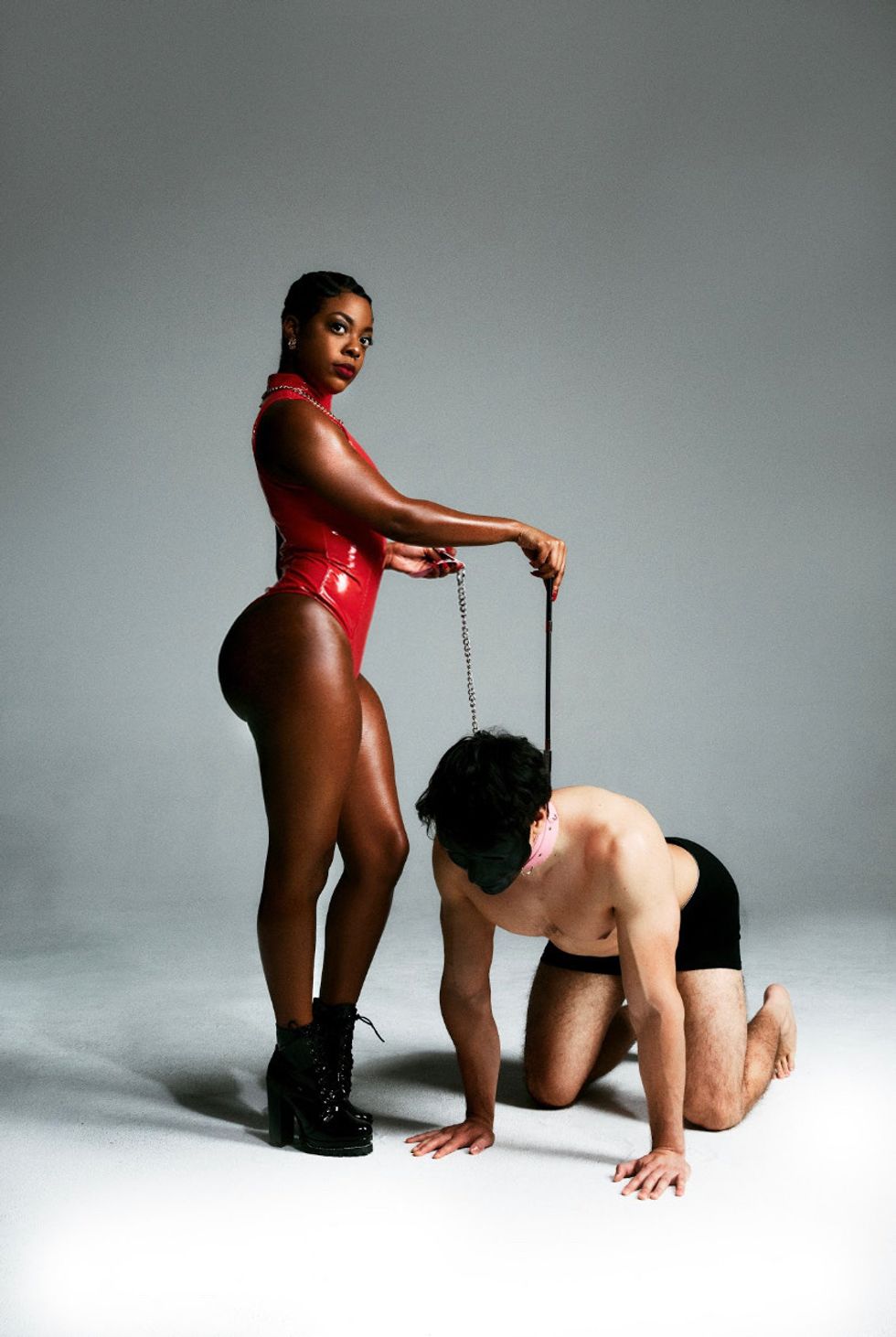 “There are a lot of Black women out there that can find complete financial freedom doing kinks like this, and there’s a market for it,” Marley says. She emphasizes the benefits of visibility, especially when talking about introducing other women to the subset of findom that revolves around reparations, Black female supremacy, and power-reversal play that sees white subs “living to serve us.” However, as she points out, given that even “talking about kink and fetish is still very taboo within the Black community,” she wanted the Black Domme Sorority to exist as a way of educating aspiring Black and Afro-Latina dommes.

“We don’t have that help,” she says. “But once people see someone who looks like them doing it, they’re more motivated to try.”

Above all though, she says the organization is meant to act as a support network for its members, whether that comes in the form of providing job opportunities for each other, creating emergency funds for sisters in need, or sharing essential industry-specific information — especially in a post-FOSTA/SESTA landscape. From teaching women about protecting their social media accounts from deletion to tips about dealing with banking institutions, the educational scope of the sorority is far-reaching, especially as findom has become much more visible.

While there’s something to be said about its increasing pop cultural presence, Marley admits that there are a lot of fundamental misunderstandings about findom still floating around. Reiterating that findommes don’t necessarily need to meet up or ever touch a client, she goes on to detail her annoyance with the idea that findomming as a concept is exploitative — even though pro findommes will never ask their subs for money.

“With the findom community, it is a bragging game,” she says, explaining that many findommes post their tributes as it encourages other subs to donate. “But when some people see all these big tributes coming in, they’re like, ‘Oh, you guys are just taking someone’s money. They’re not going to have any money for themselves.’ That’s not true.”

As Marley points out, most of the subs coming into the scene know that they won’t get anything, even something as small as a picture, in return. “But that’s part of their kink and why they like it,” she says, calling it a power-reversal “fantasy.” But it’s up to the sub themselves to know their financial limits when it comes to their tributes.

Related | The Cock Destroyers Have Earned Their Icon Status

“If you have a sub that’s like, ‘Oh my God, Goddess, I don’t have any money, you’re taking all my money, that’s just part of the fantasy,” she continues. “The misconception that we are taking people’s money and being completely selfish and not caring if they have anything to spend is just wrong.”

Despite the negativity, Marley is still enamored with her job, as it allows her to “connect with so many different people and help them fulfill a fantasy, all while getting paid and feeling safe.” In fact, she sees findomming — as well as her advocation and education of other Black findommes — as a long-lasting career move.